Tesla Motors' Model 3 may have gotten all the headlines, but the Chevy Bolt (shown above) will hit the road first. Image source: General Motors.

Tesla Motors, (NASDAQ:TSLA) seems to be getting all of the headlines in the auto industry these days. Whether it's praise for the company's electric vehicles, questions about whether it can meet growth plans, or fascination with founder and CEO Elon Musk, Tesla has people's attention.

What you may not know is that Tesla Motors' stock isn't the world-beater you might think it is. In fact, it's lagging the market by a pretty wide margin over the past two years. The pop in the stock three years ago didn't last, and now the company's flaws are starting to show. It's missing deadlines for vehicles, there are questions about quality, and competition is quickly encroaching in the EV space. For investors in today's market, rather than betting on the company that's getting all of the headlines, here are three better stocks to consider. 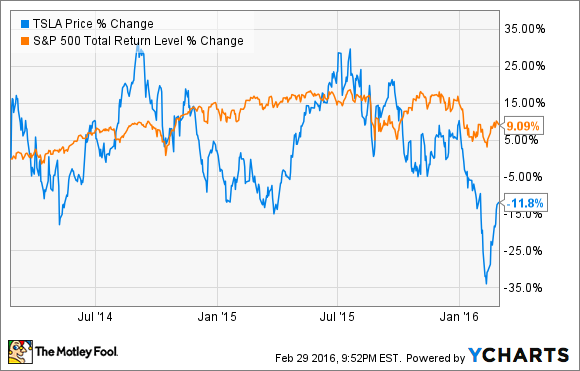 General Motors
The biggest threat to Tesla Motors in the short term is General Motors (NYSE:GM), particularly its Chevy brand. Any bullish argument about Tesla Motors will eventually lead to discussion of the revolutionary vehicle the Model 3 could be, with its near-$35,000 price tag geared toward the masses and its ambitious production goals. But the Chevy Bolt will beat the Model 3 to market by at least a year, and potentially two years if Tesla's production delays continue. This will give GM a big head start in selling EVs for the masses.

On top of GM's early mover position in electric vehicles, the company has built a solid financial foundation since its restructuring in the wake of the Great Recession. Adjusted earnings per share are expected to be $5.25 to $5.75, and it recently raised its dividend to $1.52 annually. 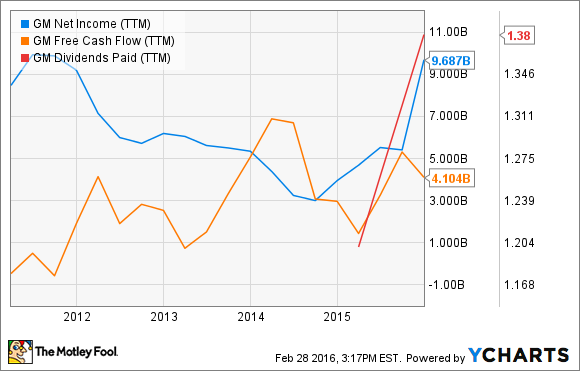 Tesla Motors is a high-risk bet on the future of electric vehicles. But if you're looking for a company that is likely to hit the road with an EV for the masses and make money at the same time, General Motors is for you.

Ford
One of the ways Tesla Motors is trying to lead the auto industry is in the area of self-driving vehicles. The Model S has already rolled out some self-driving capabilities, and more are sure to come. But Tesla isn't the only one testing the technology.

The end goal here isn't for Ford to sell you a vehicle that will drive itself. The ultimate goal is to sell vehicles to Uber and Lyft, becoming a fleet supplier to ride-sharing platforms. CEO Mark Fields has said that he wants his company in that market, and one great way to do it is by making the driver expendable. I like the way Ford is positioned in the auto industry, as an automotive leader making the shift to a technology company.

Alphabet
The two other stocks on my list are automakers, something Alphabet (NASDAQ:GOOG) (NASDAQ:GOOGL) can't lay claim to. But that doesn't mean it isn't working hard in the auto industry. The company's Google subsidiary has put more than 1.4 million miles on self-driving cars, and is ingraining itself deeper into the auto industry every day.

Google is a company with a lot of optionality in the auto business. Google Maps integrates with Uber, Android offers auto-related features, and the company could even just supply self-driving technology to companies behind the next-generation vehicle curve.

But the plan Google would really like to execute on is building a fully self-driving vehicle that will power a ride-sharing service, like an Uber without drivers. Google would likely run this service itself, and with the millions of accounts and payment systems already set up on people's phones, it would be an easy transition from customers' current service.

We don't know exactly what Alphabet's auto future looks like, but I think it's a lot brighter than Tesla's plan to build a manufacturing powerhouse. And with an underlying business that's as solid as it gets, Alphabet is a better stock as well.

Tesla may not be a bet you want to make
The bottom line is that General Motors, Ford, and Alphabet are all safer investments than Tesla Motors. Tesla is still a high-risk stock with billions in necessary capital expenditures before investors will even know if it can succeed or not. I'll take the bet on what we know from the three other stocks over Tesla.