Despite the worst energy collapse in 50 years Williams Partners reported very strong 2015 results. Find out why dividend investors are still better off staying away.

MLPs have been crushed over the past year as Wall Street turned bearish on all things oil and gas related. However, even among this asset class Williams Partners (NYSE: WPZ) has been especially hard hit. 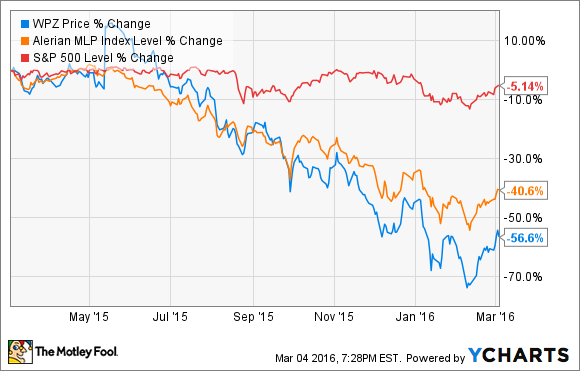 Investors checking Williams Partners' latest earnings results, which reported record results, might be tempted to think the MLP represents an incredible long-term high-yield opportunity. Find out why Williams' strong 2015 isn't likely to translate to continued strong growth in 2016 and more importantly, why income investors are still better off avoiding this troubled pipeline operator.

Williams Partners' amazing DCF and distribution payout was only possible because of the July 2014 merger with Access Midstream Partners. While Williams does have three projects coming online in Q1 of 2016 investors shouldn't expect continued super fast growth this year.

However, the reason that Wall Street is currently offering Williams Partners' units at such a low valuation goes far beyond just a lack of short-term growth opportunities. Rather it's a fundamental problem involving the MLP's underlying business model given current market conditions.

Williams Partners' inability to cover its annual payout yet again, in addition to its low forecasted annual payout growth is part of the reason that the yield is at such distressed levels. 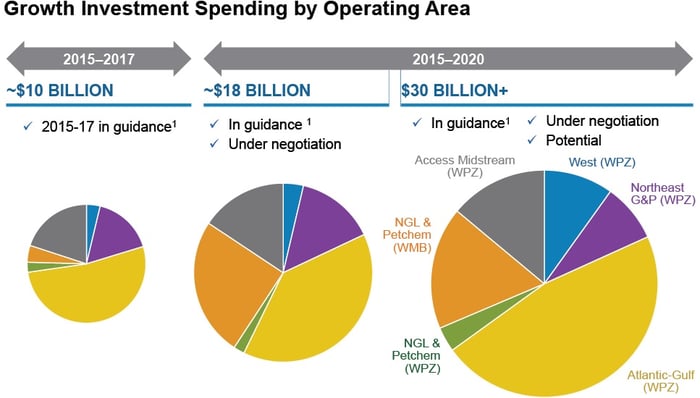 Yet, Williams Partners has an enormous potential backlog of growth projects that could tap into some of the largest energy trends in America, such as the switch from coal to gas fired power plants, the coming LNG export boom, and insatiable demand in the Northeast for far cheaper natural gas from the nearby Marcellus and Utica shale.

In addition, Energy Transfer Equity (ET -1.88%) is close to completing a deal to acquire the MLP's sponsor, Williams Companies (WMB -0.30%). Once that happens Williams Partners will potentially have access to the vast financial resources of the Energy Transfer empire with which to execute on this very long growth runway.

So why are analysts so bearish on the Williams Partners' long-term payout growth prospects? Why is Wall Street seemingly offering such a seemingly attractive high-yield, high-growth investment at such a ridiculously cheap price? The answer can be found in the major risks that threaten to undermine the MLP's investment thesis.

... big risks remain on the horizon
Williams Partners' cash flows are, like most midstream MLPs, based on long-term fixed fee-contracts, which makes them relatively immune from commodity prices. However, because the partnership pays out all of its DCF to investors it's dependent on cheap access to debt and equity markets to fund its growth.

With its units so cheap, and Fitch recently down grading its credit rating to junk, Williams' access to capital to execute on its growth potential is severely limited. What's worse, Williams Partners' existing $24 billion in debt cost it $844 million in interest in 2015, equivalent to 21% of its Adjusted EBITDA.

With its credit downgrade the MLP's cost of capital is likely to rise from its current 10.5% (already far higher than its trailing 12 month return on invested capital of 0.89%) as it's forced to borrow and refinance debt at much higher interest rates.

Part of the problem for Energy Transfer is that the deal requires it to pay $6 billion in cash to Williams Companies shareholders, money it would have to raise in debt or equity markets at prices far higher than existed when the deal was struck.

In addition, Chesapeake Energy (CHKA.Q), one of Williams' biggest customers, is on the verge of bankruptcy. This potentially puts the MLP's contracts with Chesapeake at jeopardy of being renegotiated at lower rates in bankruptcy court. That could hurt Williams' cash flow and make the deal (and the MLP's units) even less attractive.

Bottom line
Williams Partners owns some high-quality assets, and the growth of natural gas use in the North East, power plants, and LNG export terminals does present some nice potential growth opportunities.

However, given the MLP's highly leveraged balance sheet, extremely high and rising cost of capital, and bankruptcy risk of Chesapeake that could threaten its already barely sufficient DCF, I think it's clear that Williams Partners' is trading super cheap for good reason.

Adam Galas has no position in any stocks mentioned. The Motley Fool recommends Enterprise Products Partners, and Magellan Midstream Partners. We Fools may not all hold the same opinions, but we all believe that considering a diverse range of insights makes us better investors. The Motley Fool has a disclosure policy.