To make renewable energy practical on a massive scale requires energy storage, and in India, GE may be the company to provide it.

Tesla Motors (TSLA 0.08%) may be overlooking the biggest market for its energy storage solution. While Elon Musk is pushing PowerWalls in the U.S., General Electric (GE 1.90%) is exploring gigantic growth opportunities in India. Here's what you need to know.

Exploring energy storage in India
Earlier this month, General Electric announced that privately held Indian corporation IL&FS Energy has selected it to conduct a feasibility analysis of integrated wind, solar, and energy storage projects at sites in the states of Andhra Pradesh and Gujarat. Established in 2008, IL&FS Energy is one of the largest independent wind power producers in India. It currently has 1,000 MW of generation projects under operation, 3,000 MW more under construction, and around 10,000 MW in the project development phase. This analysis is made possible by a grant agreement between IL&FS and the U.S. Trade and Development Agency that is meant to explore energy storage solutions for India.

"Energy storage technologies are essential to the integration of renewables. They help to address the variability of wind and solar PV generation and make renewable energy more acceptable to the grid," said IL&FS Energy Managing Director Sunil Wadhwa in a statement. "...The flexibility and cost reductions that energy storage technologies provide to grid infrastructure would allow India to achieve an efficient, low-carbon intensity trajectory."

Good for GE growth?
This announcement is just the first of many steps that GE and Indian power corporations will have to take for business deals and dollars to ultimately affect shareholder value. But General Electric's proactive foray into India is to be commended. Not so long ago, GE had all but thrown in the towel on energy storage. After an initial $100 million investment in 2009 and the opening of a $170 million production factory in 2011, GE essentially closed down energy storage exploration in early 2015.

That's all changed. While GE isn't building anything on the scale of Tesla Motors' Gigafactory, it's taking on unique projects to design and/or build energy storage solutions. Its projects have largely focused on California, but it's looking for growth anywhere it can find it -- and if there's one word that defines India, it's growth. 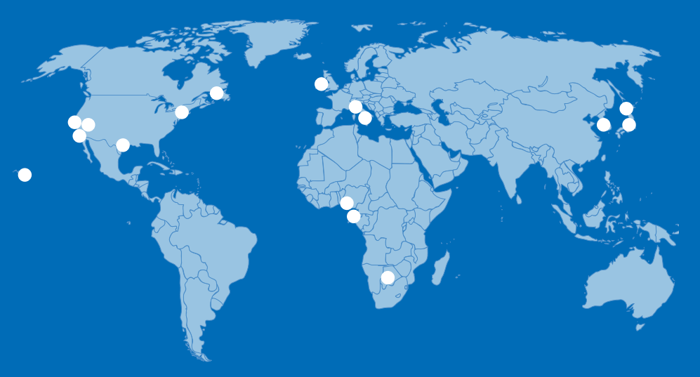 This strategy makes sense. From an estimated $200 million market in 2012, energy storage is expected to balloon into a multibillion-dollar business in the next few years. And while there will be expansion in America, emerging markets will play an especially important growth role. In the International Energy Agency's (IEA) latest Renewable Energy Market Report, it noted:

Supported by policies aimed at enhancing energy security and sustainability, renewable power expanded at its fastest rate to date in 2014 and now represents more than 45% of overall supply additions. Deployment continues to shift toward energy-hungry emerging markets, and some countries, such as China and India, have bolstered ambitions.

India has already announced long-term contract prices for utility-scale solar projects, and the IEA estimates that the country will be responsible for 9% of the world's renewable energy capacity growth between 2014 and 2020. 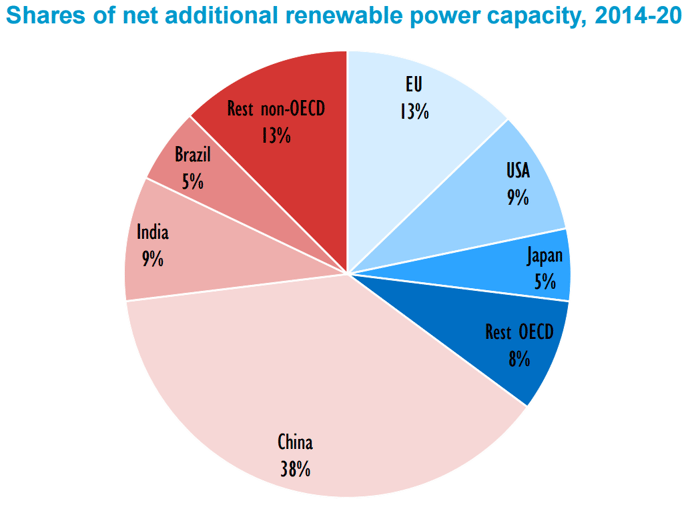 Buy General Electric stock?
If you think that energy storage will have any immediate impact on General Electric's massive $117 billion in annual operating income, think again. GE's own estimates for the entire energy storage market forecast it at a grand total of $6 billion by 2020, equivalent to just about 5% of GE's yearly sales.

But that hasn't stopped General Electric, Tesla Motors, and other companies from preparing to make headway in those markets. Currently, GE storage solutions amount to more than 50 MWh spread across 25 countries, and last year it launched a new business, "Current," to combine its energy offerings and expertise under one consulting and financing entity. Likewise, Tesla Motors recently announced its next generation of storage products, including a 100 KWh "Powerpack" for commercial and industrial customers -- General Electric is not alone in its utility-scale offerings.

Investors shouldn't buy or sell GE stock on this news. But for long-term shareholders, this announcement serves as another promising signal that General Electric is returning to its industrial roots and capitalizing on an opportunity with clear growth and a strong competitive advantage.