Please ensure Javascript is enabled for purposes of website accessibility
Log In Help Join The Motley Fool
Free Article Join Over 1 Million Premium Members And Get More In-Depth Stock Guidance and Research
By Alex Dumortier, CFA - Mar 31, 2016 at 11:49AM

Gold and equities exhibited reversals in their price momentum in the first quarter, proving that focusing on short-term performance is futile. 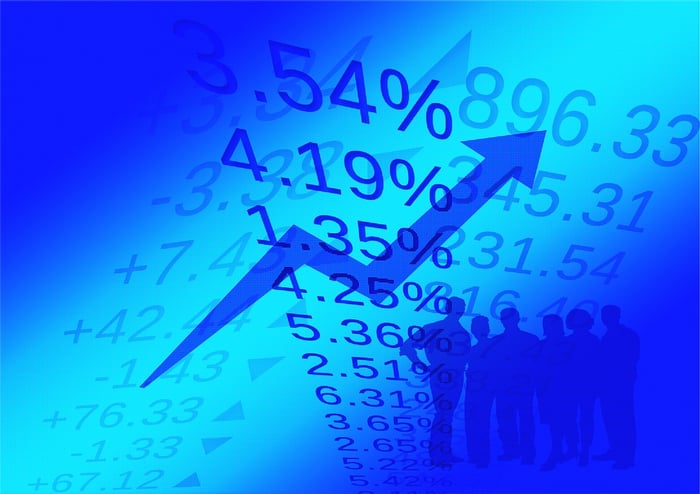 For professional market observers (including financial journalists), traders, and other short-termers, it's time to begin tallying figures for the first quarter. Reuters got an early start this morning with the following headline:

Indeed, as of yesterday's afternoon fixing in London, the yellow metal has gained 16.4%, trouncing U.S. stocks in the process: 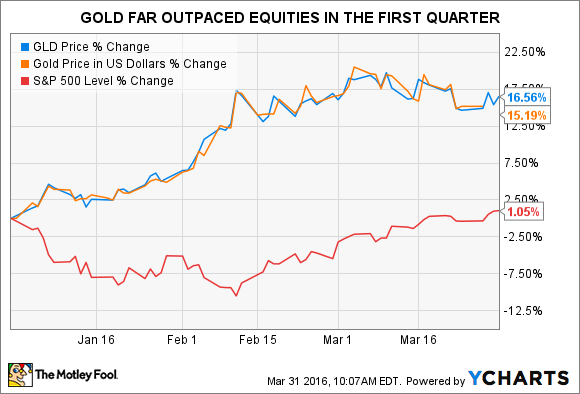 In fact, as of yesterday, returns data compiled by Reuters show gold is the best-performing major asset class worldwide this year.

That sounds very impressive, but it's worth putting some context around that performance. Here's a different headline, courtesy of Bloomberg, from Dec. 30 2015:

In other words, gold has just had its best quarterly in nearly 30 years...following its longest slump -- six consecutive quarters -- in over 30 years. In that context, gold's rally is less impressive than it initially sounded.

(I qualify this statement with "at best" because, even at the start of the year, the price of gold remained significantly above its long-term inflation-adjusted price.)

Despite the fact that this phenomenon is well-established in asset markets, people find it very difficult to do anything other than extrapolate recent price history into the near future.

For example, the December Bloomberg article on gold opened by stating that "gold's image as a safe haven has taken a battering"...just as gold was getting ready to play that role mighty effectively: At the beginning of 2016, asset markets worldwide experienced genuine turmoil.

Similarly, the article noted that "earlier [in December], [money managers] held the biggest net-short position [in gold futures] since at least 2006." In other words, money managers were betting heavily on continued price declines in gold just prior to a significant rally.

Gold is certainly not alone in having executed a short-term reversal: As one goes through Reuters' performance table, it is remarkable the degree to which 2015 returns are negatively correlated with year-to-date returns for 2016.

And let's not forget stocks: Sometimes one can waste a lot of energy and hand-wringing on going nowhere. What do I mean by this? U.S. stocks were volatile in the first quarter: At its intraday low on Feb. 11, the S&P 500 was down 11.4% on the year, but as of yesterday's close, that decline had turned into a 1% gain.

Risks assets -- stocks foremost among them -- are volatile, much more so than is justified by their underlying fundamentals. However, it is those fundamentals that drive long-term performance.

Don't let yourself get distracted -- much less flushed out -- by short-term volatility. For the most part, reviewing quarterly performance figures is likely to be more harmful to your state of mind -- and your financial performance -- than not.