Please ensure Javascript is enabled for purposes of website accessibility
Log In Help Join The Motley Fool
Free Article Join Over 1 Million Premium Members And Get More In-Depth Stock Guidance and Research
By Tim Brugger - Apr 2, 2016 at 8:20AM

As smartphone sales growth slows, the chip leader is banking on the prospect of rapid expansion in the virtual reality market.

The estimates for smartphone sales in 2016 aren't quite as dire as some pundits suggest, but their growth is expected to come under some pressure. After years of skyrocketing growth, leading IT research firm Gartner estimates that mobile phone sales will increase just 2.6% this year, and consumer's spending on phones will inch up a mere 1.2% thanks to a shift toward low-end devices.

For mobile chip king Qualcomm (QCOM -0.30%), the forecast flattening in mobile phone sales has been particularly painful. Apple, one of Qualcomm's longtime customers, recently forecast a drop in quarterly revenue for the first time in 13 years. Those factors, along with a so-so first quarter of fiscal 2016 and an underwhelming forecast for the current quarter, have resulted in multiple analyst downgrades . What's a mobile chipmaker to do? Explore other, fast-growing markets in order to diversify revenue sources. And Qualcomm's doing just that. 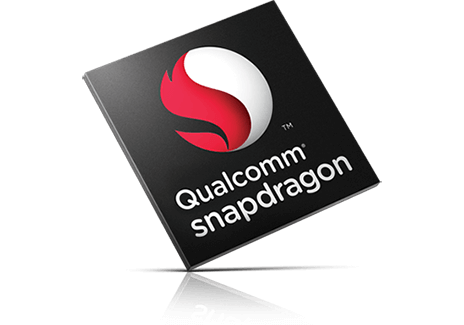 A brave new world
Thanks in large part to the much anticipated Oculus Rift virtual reality headset, which is scheduled to begin shipping on March 28, and HTC's Vive device, which will follow a week later, VR is expected to finally go mainstream this year. As with any new market, it will take time for consumers to get on board the virtual reality train, but it looks like that train's ready to get rolling.

Within four years, pundits estimate VR will generate $30 billion in annual revenues. And with the folks at Oculus, HTC, and other VR manufacturers working to develop more efficient devices that don't require as much computing power, that sales forecast may prove conservative. Qualcomm is taking steps to ensure it gets its fair share of the VR revenue pie.

To unleash "the full potential of Snapdragon 820 [processor]", Qualcomm has made its VR-ready chip available to developers via a newly released software development kit (SDK). The Snapdragon 820 already boasts several enhancements to make the VR experience more enjoyable, and minimizes some of the downsides, including "latency."

Latency, or "buffering," is one of the biggest causes of complaints from early VR users. Some early VR testers actually became ill because of latency, but Qualcomm's VR chip -- with the help of developers now that its SDK is available -- can reduce latency by up to 50%. Other enhancements include improved image layering to reduce distortions, more power efficiency, and "predictive head position processing."

The opportunity VR represents for Qualcomm is significant, to say the least, and even more importantly, could very well prove to be a means of reducing its reliance on the  mobile phone market. Of course, with so much potential revenue at stake, Qualcomm isn't the only chip manufacturer that has entered the fray.

Not alone
Qualcomm's long-time rival Intel (INTC -0.07%) is also in the midst of a company-wide transition away from reliance on a slowing market -- PCs. Instead, it's focusing on chips to run cloud-based data centers, Internet of Things devices, and wearables. Intel CEO Brian Krzanich's emphasis on non-PC related sales is beginning to pay off. Data center sales earned record revenue of $16 billion in 2015, and the IoT group generated $2.3 billion last year, up 7% from 2014.

But Intel also recognizes the same fact that Qualcomm does: The market for VR and VR-like solutions -- including augmented reality (AR), in which the virtual "world" overlays the user's real surroundings, which they can still see -- is going to be massive. In fact, Intel is said to have partnered with Microsoft (MSFT -0.10%) to power its HoloLens AR headset.

As big as the VR market is expected to become, it will pale in comparison to the $90 billion AR is forecast to generate by 2020. Though the two chip kings are currently focused on opposite sides of the VR-AR fence, the technological similarities suggest it won't be long before Qualcomm adapts its latest, greatest Snapdragon 820 processor for AR, and Intel modifies its Atom chip for VR.

For now, Qualcomm and Intel seem content on expanding their respective revenue sources in similar, but slightly different directions. It will take time, but there is room for both Qualcomm and Intel to reap the altered reality rewards. And it couldn't come at a better time for Qualcomm shareholders.