Earnings season kicks off with a few major announcements, including from Bank of America, CSX, and Pier 1 Imports. 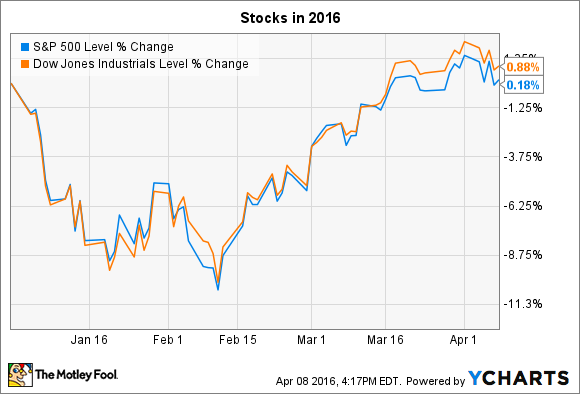 Tuesday, April 12 -- CSX's efficiency
Investors aren't expecting much from CSX when the railroad giant posts its earnings on Tuesday. Growth in the transportation needs of the automotive, minerals, and waste industries are likely to be swamped by declines in coal and agricultural product sectors, which is why consensus estimates call for Q1 revenue to drop 12% to $2.68 billion.

CSX's profits should fall as well, with earnings projected to shrink to $0.37 per share from $0.45 a year ago. Yet the business has benefited from stronger pricing and cost cuts lately that are helping protect profits in this cyclical downturn. Over the past year, net income rose by 2% despite a 7% revenue slump.It's not likely that CEO Michael Ward and his executive team will forecast a quick growth rebound for the business this week, but investors might still push CSX's stock higher if profitability continues to improve into fiscal 2016.

Wednesday, April 13 -- Pier 1's profit margin
Pier 1 Imports is set to post quarterly results on Wednesday, and the stock is up 30% so far in 2016 as investors have turned less pessimistic about its struggling retail operations. The home furnishings specialist announced last month that its comparable-store sales likely declined by less than 1% in the fiscal fourth quarter, beating management's prior guidance for a 3% drop. CEO Alex Smith and his team also affirmed their earnings forecast that calls for $0.20 per share of profit, down from $0.37 per share a year ago .

In addition to any update on customer traffic trends, investors will be looking at Pier 1's profitability in this week's report. That figure slumped to 38% of sales from 42% in the third quarter as management worked through excess inventory in an intensely promotional environment. It's hard to see Pier 1's stock rally continuing while its gross margin keeps declining.

Thursday, April 14 -- Bank of America's business pressures
With its stock down 22% so far this year, Bank of America isn't an investor favorite heading into its first-quarter earnings release. Consensus estimates are for revenue to fall 5% as earnings decline to $0.23 per share from $0.27. The financial giant's Q1 results could be hurt by its exposure to the struggling energy sector, among other things, and its profits will also probably be held back by stubbornly low interest income.

Shareholders are also hoping for continued improvements in bottom-line efficiency. Return on average assets improved to 0.74% last year, from 0.23% in 2014, helping the bank post its highest net income in nine years. For this year's outing to improve on that result, Bank of America will need to keep making targeted growth investments while keeping its expenses low.