SpaceX is racing ahead in reusables. Now Airbus wants in on the game.

On Friday, April 8, SpaceX finally succeeded in landing a rocket at sea. The news set SpaceX fans to cheering, and sent shivers down the spines of Boeing (BA 2.23%) and Lockheed Martin (LMT 1.07%) shareholders (Boeing and Lockheed own SpaceX rival ULA). Meanwhile, across the ocean in Europe, investors have just one question:

Whatever happened to Adeline?

Remember [Adeline]? This is a song about [Adeline]
In June 2015, SpaceX's other space rival, Airbus (EADSY 0.90%), partner in European space launch joint venture Airbus Safran Launchers, announced that it too is developing a reusable rocket. Dubbed "ADELINE" (short for ADvanced Expendable Launcher INnovative engine Economy), Airbus' rocket would in some ways mimic the flight plan of Space Shuttle. It would blast off like a rocket ...

... separate from its payload and jettison its fuel tank ... 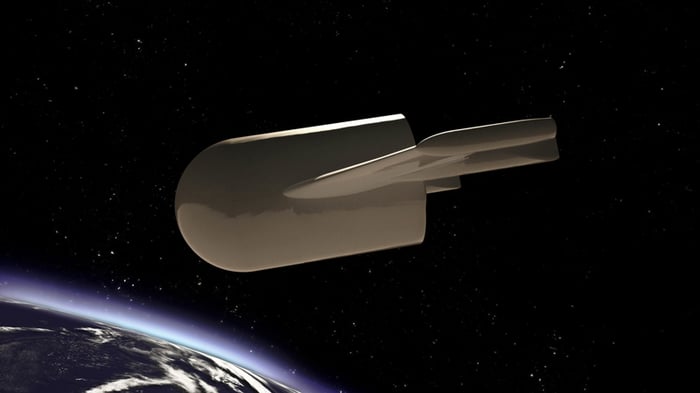 ... then reenter the atmosphere and transform itself into an airplane -- deploying propellers, flying to a landing strip, extended landing gear, and touching down like an airplane:

Safely back on Earth, Adeline's recovered engines would be mated to a new fuel tank. Once fueled up and fitted out with a new payload, it would be ready to launch anew.

How Adeline compares to the competition
Airbus' approach has a lot to recommend it. The up like a rocket, down like an airplane approach doesn't require the kind of technical wizardry demonstrated in SpaceX's, or Blue Origin's, rocket-cushioned landings -- or the helter-skelter, parachute-to-Earth-and-we'll-snag-your-'chute-with-a-helicopter scheme that Boeing and Lockheed Martin dreamed up for catching returning rockets. Collectively, space professionals have built up 30 years of experience with such ballistics through America's Space Shuttle program, and simply put, we know it works.

Adeline also offers a payload performance over SpaceX's Falcon 9. Every ton of fuel SpaceX carries into space, to burn in cushioning its later descent, is a ton of payload Falcon cannot carry. But Adeline will rely on simple ballistics, wind resistance, and momentum, to accomplish its descent, and needs minimal extra fuel to operate its propellers. With a lighter fuel load, Adeline has more room for cargo.

Best of all, Airbus points out that the Adeline project will salvage the most expensive part of a rocket -- the engine and avionics -- which account for 70% to 80% of the rocket's cost. According to Airbus, recovering and reusing Adeline's engines could cut the cost of Airbus Safran space launches by as much as 30% -- the same cost reduction that SpaceX is projecting with its now-reusable Falcon 9 rockets.

Granted, Adeline's tech would be useless for facilitating landing spacecraft on Mars, where there are no airfields to receive them. But Mars has always been SpaceX's white whale to hunt. If all Airbus wants is to do is cut the cost of sending satellites into orbit around Earth, Adeline sounds like a perfectly viable option.

Now they just need to build it.

One question: When?
That's the big question: When will ADELINE happen in practice? According to Airbus space systems' chief technical officer Hervé Gilibert, Airbus has been working on Adeline since 2010. Airbus patented its deployable propellers in 2013, and wind-tested them in 2014. The company unveiled the entire project to great fanfare in June of last year -- but very little has been heard of Adeline since.

Reportedly, Airbus still hopes to have an Adeline prototype ready for use by 2025. By that time, it should have several years' experience flying its new Ariane 6 family of rockets, and be ready to attach Adeline to cut the cost of launching them.

One thing's certain: If and when Adeline becomes a reality, the cost of space launch is going down. Again. 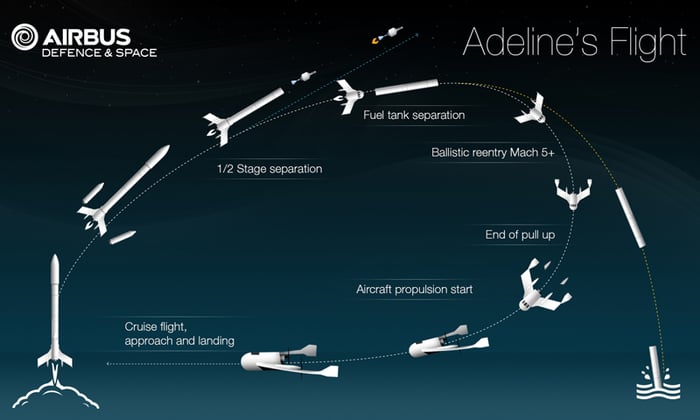