Please ensure Javascript is enabled for purposes of website accessibility
Log In Help Join The Motley Fool
Free Article Join Over 1 Million Premium Members And Get More In-Depth Stock Guidance and Research
By Rich Smith - Apr 23, 2016 at 8:13AM

Travel the world. See strange and distant lands. Then invade them.

In 2014, former television executives Christopher Kelly and Stuart Laycock set out on an unusual adventure -- to chronicle America's military involvement in every country around the globe, and across nearly three centuries of American history. According to their book, America Invades, America has invaded "or been militarily involved with" 191 out of Earth's 194 countries.

(If you're curious, the ones we haven't gotten around to invading yet include Liechtenstein [a 15-mile long swath of alpine territory sandwiched between Austria and Switzerland], Andorra [another European principality, this one occupying several hundred square kilometers along the France-Spain border], and Bhutan [a landlocked country on the eastern end of the Himalayas]. Add up the populations of these three territories, and fewer than 1 million of Earth's citizens have not had the opportunity to meet an American soldier.)

The problem
This poses a problem for the American soldier. As DARPA, the Defense Advanced Research Projects Agency, explains: "the volume of information encountered by [the U.S. military], the speed at which it arrives, and the diversity of languages and media through which it is communicated make identifying and acting on relevant information a serious challenge. At the same time, there is a need to communicate with non-English-speaking local populations of foreign countries, but it is at present costly and difficult for DoD to do so."

Translation: We're involved in so many countries, with people speaking so many languages, that it's hard to know all the time what they're actually saying.

The solution
Enter BOLT, the Broad Operational Language Translation project. Initiated by DARPA in 2011, and now contracted out to IBM (IBM -3.92%), BOLT aims "to create new techniques for automated translation and linguistic analysis," allowing "communication with non-English-speaking populations" in the countries America is invading today (and tomorrow).

In essence, it's a project to build a sort of Star Trek universal communicator that will allow soldiers to: 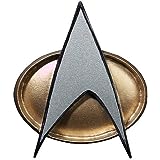 Why should investors be interested in this?
IBM has been hard at work on the BOLT project for close to five years now. According to government records, the BOLT contract was initially awarded to the company back in 2011 and valued at roughly $6.6 million. Since that time, though, the value of the contract has fluctuated.

For example, at one point, the total ceiling value on BOLT development was pegged at $32.8 million. A recent update on the program, as described in the Pentagon's daily rundown of contracts awarded in early April, dropped the development contract's value back down to $25.4 million.

Really, though, whether we're talking about $25.4 million for development, $32.8 million, or anything in between, BOLT's development value isn't the point. According to data from S&P Global Market Intelligence, IBM as a whole took in more than $81.7 billion in revenue last year. It's inevitable, therefore, that any number of development dollars DARPA allocates to BOLT will amount to less than a rounding error on IBM's financial statements.

Where this contract really gets interesting -- and where it gets the potential to move the needle at IBM -- is when the company succeeds in its development of BOLT and begins producing universal translators for the military.

Across active duty, reserves, and National Guard, the U.S. military currently has nearly 2.3 million servicemembers. Picking a number out of thin air, production of a BOLT universal translator selling for, say, $642 a unit (the cost of a standard-issue M4A1 carbine, but much less than the cost of the Army's new man-packable radio) has the potential to become an instant $1.5 billion program for IBM. And that's not accounting for spare parts, services such as software upgrades, networking, and storage and processing of data. Even in the context of a company as big as IBM, you can see how BOLT is a significant opportunity.

Will the opportunity materialize? Only time will tell. But as long as DARPA keeps the funds flowing to IBM, we can at least assume the project is alive and kicking.

Universal translation has been long been a goal of the U.S. military -- to date, an unrealized goal. Image source: National Cryptologic Museum, Fort Meade, Maryland.