These economic bellwethers just got their bells rung.

Across the nation and across the stock market, stocks are falling Thursday, with blue chip names and economic bellwethers like IBM (IBM), General Electric (GE 2.73%), and FedEx (FDX 2.01%) following the rest of the market in a downward slide.

But why are these stocks falling in the first place? 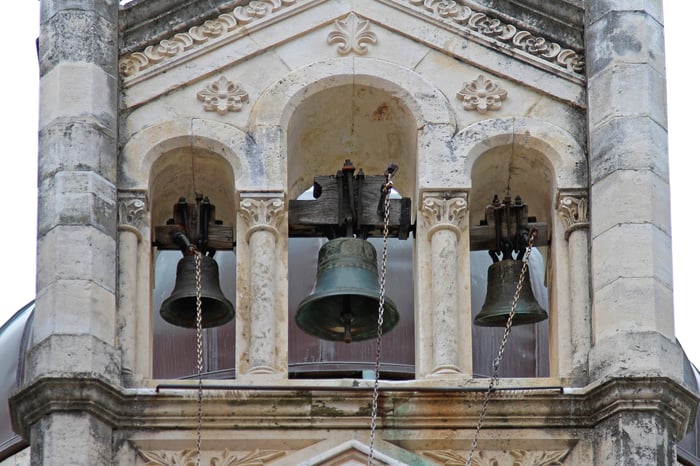 First things first: If you own one of these stocks, and you're worried it might have just reported some negative news that is dragging its stock down -- don't. In fact, the opposite is more likely the case in every instance. Just this morning, for example, parcel delivery giant FedEx won a big hike in price target from investment bank Daiwa, which thinks the $130 stock is worth at least $147, according to TheFly.com.

General Electric, meanwhile, just went on record predicting that it will pull out of its slump and return to generating positive free cash flow next year. As sales of everything from gas turbines to airplane engines revive, GE thinks it should resume generating "high-single-digit free cash flow margins" thereafter.

Even tech giant IBM is getting some positive press this week. After announcing on Tuesday that it will exit the "facial recognition business," the company not only won plaudits from social activists, but also presumably lowered its research and development costs by halting spending on development of that technology.

The problem is, it's the bad news -- entirely outside of these companies' control -- that's carrying the day today.

According to the latest data from Johns Hopkins University, coronavirus infections are on the rise in more than 20 U.S. states that have begun reopening for business. This could be the beginning of a second wave of COVID-19 that could tank an economy, already mired in recession, even further.

According to the latest estimates from the Federal Reserve, 2020 will see a 6.5% contraction in GDP, and unemployment rates of more than 9% through the end of the year. But according to a report from the Organization for Economic Cooperation and Development, which came out yesterday, a second wave of coronavirus infections could shrink the U.S. economy by 8.5% this year, kneecap any bounce-back and hold it under 2% GDP growth in 2021, and spike unemployment rates as high as 16.9%.

Suffice it to say that wouldn't be good news for the economy, or for the stocks we consider economic bellwethers, either.