These three cheap stocks are in an ideal position to buy now.

The stock market has rallied lately, but there are still some cheap stocks to be had if you know where to look. One of my favorite ways to find the best cheap stocks is to look for solid businesses dealing with temporary negative factors. Here are three stocks that fit this description -- in fact, I like the underlying businesses enough that I personally own shares in each.

This auto manufacturer could soar (and it's not Tesla)
Tesla Motors (TSLA -0.06%) is one of the hottest stocks in the entire market, but it's impossible to tell whether it's cheap or expensive. If the Model 3 is released on time and without any problems, and Tesla meets its goal of 500,000 vehicles per year by 2020, then the current price could be cheap. However, that's a big "if."

Instead, I'll stick with General Motors (GM 0.81%), an automaker I know is cheap. The new GM is highly profitable, has a strong balance sheet, and pays an excellent dividend. Sales of the more profitable SUVs and crossovers are up, and abundant low-interest financing is allowing consumers to buy more expensive cars. Plus, GM's newer models (like the Malibu) are significantly more profitable than those they're replacing. To put this profitability in perspective, GM actually sold fewer vehicles during the first quarter of 2016 than a year ago, but its net income more than doubled.

GM does have some risks and skeletons in its closet, such as the 11-figure underfunded pension liability and massive recalls of its vehicles. However, the laughably low valuation of 5.8 times 2016's projected earnings more than makes up for it, as does the generous 4.7% dividend yield. And to sweeten the pot even further, consider that GM has about $18.5 billion in cash and just $10.8 billion in long-term debt.

GM is buying back shares aggressively, presumably to take advantage of its cheap valuation. Investors can do the same.

A leading REIT with favorable trends
After its latest quarterly earnings release in February, healthcare REIT HCP (PEAK -2.63%) took a nosedive on weak results from some of its operating partners. Although the stock has rebounded considerably since then, HCP is still cheap and still deserves to be bought.

The REIT owns healthcare properties – mainly senior housing and post-acute care facilities. And, the demographics point toward huge demand growth in the years and decades to come. The U.S. population is aging rapidly, and the 65-and-up age group is undergoing a "growth spurt" right now as the baby boomer generation is getting older. 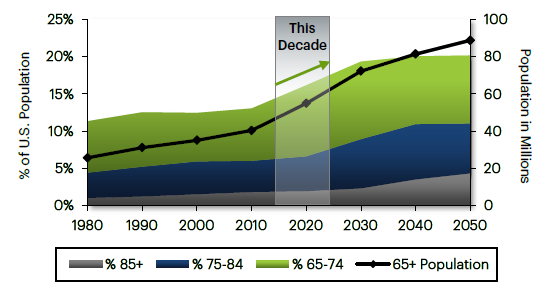 HCP is also one of the most reliable dividend stocks in the market. A member of the S&P 500 Dividend Aristocrats index, HCP has increased its dividend for 31 consecutive years and currently pays a remarkable 6.8% yield. Even more impressively, since its IPO in 1985, HCP has produced an average total return of 14.9% per year, an amazing level of performance to sustain over such a long time period. To put this in perspective, a $10,000 investment in HCP's IPO would be worth more than $740,000 now -- and while past performance doesn't guarantee future results, the demographics say that HCP's best days could be ahead of it.

Even after the recent rebound, HCP still trades at a depressed valuation of 12.3 times 2016's projected FFO, which I believe makes up for any risks associated with struggling facility operators.

This bank's dirt-cheap stock price makes up for the risks
At just under $15 per share, Bank of America (BAC -1.23%) isn't nearly as cheap as it was earlier this year. However, there is still a good case to be made for the bank's stock right here and now.

For starters, many of the risks and other issues facing the bank are likely to be temporary. For example, the persistent low interest rate environment is pushing profit margins down, and concerns about China and other global uncertainty led to high volatility and lower trading profits. Also, low oil and gas prices are creating the possibility of loan defaults -- Bank of America has $21.3 billion in funded energy loans, and another $22.6 billion in unused credit lines.

While it's anyone's guess when these things will subside, the fact is that none are likely to be permanent. However, the bank is growing in the right ways, which will create the opportunity for higher profits once rates rise and the global economy becomes a little more stable. Just to name a few things, during the first quarter, Bank of America's consumer banking division saw strong loan and deposit growth, as well as higher brokerage assets, and issued 1.2 million new credit cards.

Bank of America trades for a remarkable 35% discount to book value, so I feel the risk factors are priced in and more. Bank of America is a much-improved bank over the past several years, and it's only a matter of time before its profitability and valuation reflect that fact. 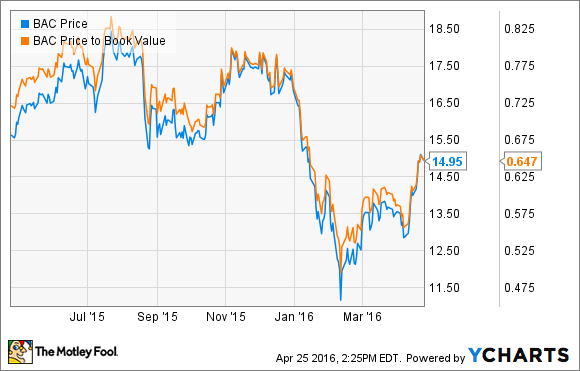 A word of caution
No stocks that look "cheap" are without risk, and these are certainly no exception. Gas prices could hit $10 per gallon and demand for GM's SUVs could plummet. HCP's operators could keep having money problems. And Bank of America could see its profits crushed if massive energy-related defaults hit its balance sheet. In addition, there are a hundred other things that could go wrong.

However, I say that these stocks are cheap because their share prices, and most importantly, their long-term potential more than make up for these risks. So, while you may not be happy with these stocks a day, a week, or even a year from now, I think investors who are in it for the long haul could do extremely well with them.