Tesla Motors has big plans for energy sales to SolarCity in 2016.

The Powerpack could be a big product for SolarCity in 2016. Image by the author.

SolarCity (SCTY.DL) and Tesla Motors (TSLA -6.92%) are natural partners, especially because Elon Musk happens to be the biggest shareholder of both companies. But there's also another natural tie between the companies: SolarCity's effort to democratize energy production has a growing need for Tesla Motors' ability to store energy.

And it was recently uncovered by GTM Research that SolarCity has grand plans for Tesla Motors batteries in 2016. 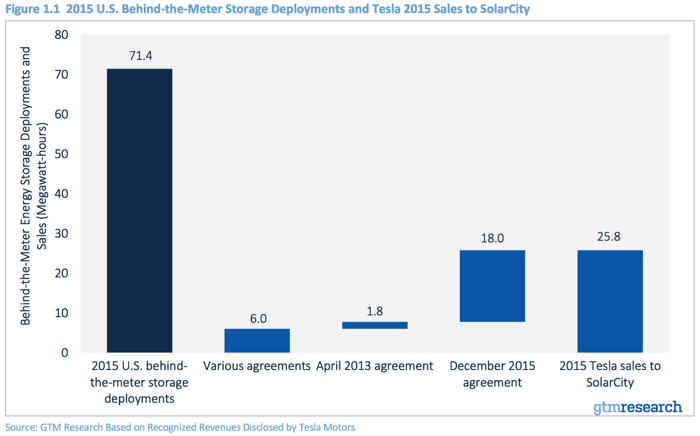 What's incredible is that Tesla expects to sell 116.5 MWh of energy storage systems to SolarCity in 2016, plus another 52 MWh that will go into the Kaua'I Island Utility Cooperative solar plus storage project in Hawaii. 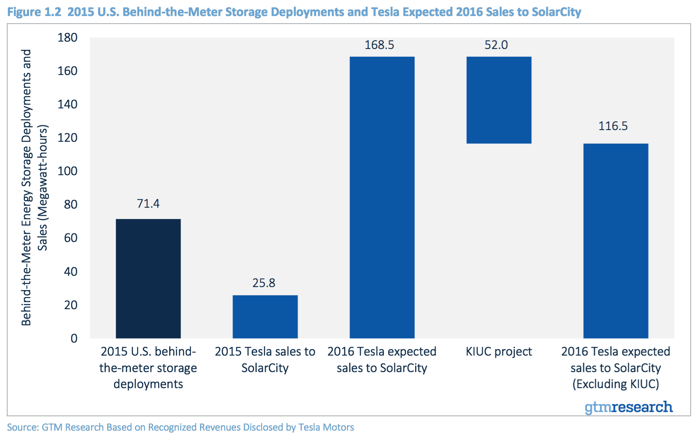 Based on GTM Research's estimates (which include the declining cost of batteries), Tesla Motors is expecting revenue from SolarCity to jump from $8.0 million in 2015 to $44.0 million this year. In other words, it's expecting 450% growth in 2016 from just one customer, and SolarCity will install 60% more Tesla batteries behind the meter in the U.S. than the entire market in 2015.

Is energy storage about to take off?
What will be interesting to watch is where energy storage is actually deployed in 2016. States like California and New York are starting to see its value from a utility perspective, and in some cases commercial customers are installing it to reduce demand charges (fees based on the peak consumption, even if it's just for a 15 minute stretch of a month).

But the residential market has been a dud, as I highlighted recently, and Tesla Motors has even discontinued one of its Powerwall units. Hawaii could potentially emerge as a market where residential energy storage makes sense economically, but for now it doesn't look like a good investment in the rest of the country.

If Tesla Motors and SolarCity can tag team the energy storage market, it could be a big win for both companies. And 2016 could be a turning point for the business.