A bunch of new, expensive, and incrementally better multiple sclerosis therapies approved over the past decade sent global spending on such drugs skyrocketing to nearly $20 billion last year.

Those of you that understand this awful disease will be glad to learn Roche (OTC:RHHBY) has a drug on deck that could send all those rookies back to the minor leagues.

No two multiple sclerosis patients are the same, and despite the recent plethora of options, neurologists still face an awful dilemma. They must decide if a patient's disease is serious enough to warrant treatment with a drug that's highly effective, but potentially fatal.

Or, physicians could prescribe a wonderfully safe drug that might not stop their disease from progressing. Needless to say, it's not a decision taken lightly.

A hint of what lies ahead for Roche
Tecfidera from Biogen (NASDAQ:BIIB) seemed like the solution to this horrid dichotomy. This led to outstanding global sales of $2.9 billion in its first full-year post-approval.

After looking over some largely ignored data recently presented at a conference for nerds, I think Roche's Ocrevus is poised to revolutionize treatment of the neurodegenerative disease. I wouldn't be surprised if it's one of the most successful drug launches of 2017, if approved, and able to maintain a stellar safety profile.

By targeting this type of cell, investigators believe they can effectively slow progression of the disease, while leaving the immune system capable of fighting off the opportunistic infections that make today's most effective multiple sclerosis drugs the most dangerous.

During the study that will support Ocrevus' application in this group of patients, the candidate reached its main goal, reducing the risk of disability progression by 24% and 25%, at 12- and 24-weeks, respectively. Even more encouraging was the highly significant reduction in brain lesions measured by MRI scans (I won't bore you with the figures, but they're pretty good -- and if you're curious, you can find them here).

Good news for the majority
It appears Ocrevus is also effective in the majority of multiple sclerosis patients described as relapsing or remitting. During studies that could lead to an approval for this group, patients receiving Ocrevus showed a 47% reduction in their annualized relapse rate compared to the standard-of-care, a once popular drug from Merck KGAA (the German Merck) called Rebif.

To give you a clue of just how amazing that is: Tysabri (another Biogen drug) and Tecfidera showed 67% and 53% reductions in annualized relapse rates, respectively, against placebos.

I can't tell you how 47% "better" than Rebif compares to 67% "better" than nothing, but it's surely an incredible improvement. We can't draw concrete comparisons without head-to-head trials, but you should know Tysabri is one of the drugs so strongly associated with deadly brain infections, it's reserved for severely relapsing patients.

While brain infections associated with Tecfidera didn't surface until after its approval, they occurred in three patients who received Tysabri in clinical trials.

As for Ocrevus, there haven't been any brain infections, and the drug appears generally well tolerated. Best of all, it only needs to be administered by intravenous infusion about twice a year. 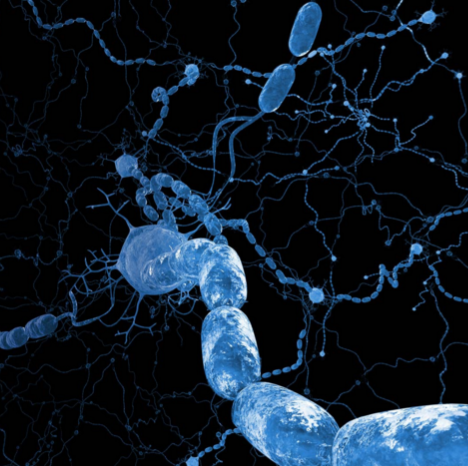 The FDA recently granted Ocrevus a Breakthrough Therapy Designation in primary progressive multiple sclerosis. The agency reserves this designation for drugs that show potential to significantly improve outcomes compared to what's available, which in this case is practically nothing.

The designation is intended to speed an application along in a quick, yet prudent fashion, and I think Ocrevus could earn an FDA approval for primary progressive multiple sclerosis by the end of this year.

If my predictions for the relapsing remitting indication play out, practically every drugmaker with multiple sclerosis products will feel some pressure from Ocrevus by the end of next year.

Don't cry for Biogen
Roche and Biogen began a partnership over 20 years ago with a CD20 targeting blood cancer therapy first approved in 1997, called Rituxan. Back then, Biogen didn't have the means to develop these drugs itself, and it let Roche do the heavy lifting in return for a share of sales.

Last year, Biogen's share was over $1.3 billion, nearly all of which filters straight to its bottom line.

While Biogen's multiple sclerosis product sales will get slapped hard by Ocrevus, if approved, tiered royalties between 13.5% and 24% on U.S. net sales of the drug ought to take some of the sting out.

As for the Swiss pharma giant, it has quite a few underappreciated drugs in late-stage development that put it on my list of cheap-looking healthcare stocks. With a bit of luck they should more than offset losses from its stable of aging blockbusters.