Please ensure Javascript is enabled for purposes of website accessibility
Log In Help Join The Motley Fool
Free Article Join Over 1 Million Premium Members And Get More In-Depth Stock Guidance and Research
By Brian Stoffel - May 10, 2016 at 4:41PM

Perhaps -- and here's the stance that I'm taking as a result.

If you went back two years and told Intuitive Surgical (ISRG 2.53%) investors that the stock would be sitting 77% higher by May 2016, you'd have been laughed out of the room. 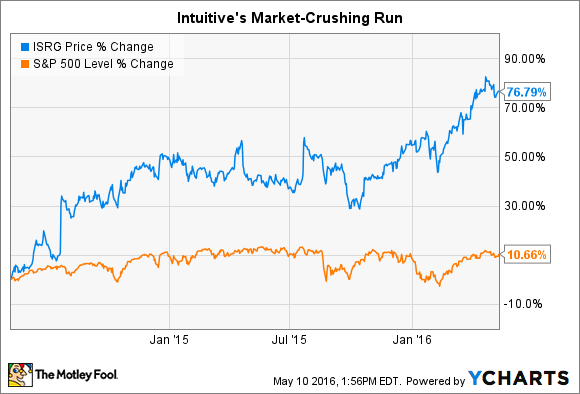 What's behind the torrid growth?
While system sales have increased at a modest rate, the real story behind the stock's rise has to do with outstanding procedure growth. Over the past nine quarters, management has prepared investors with modest procedure growth projections -- and then blown those expectations out of the water. 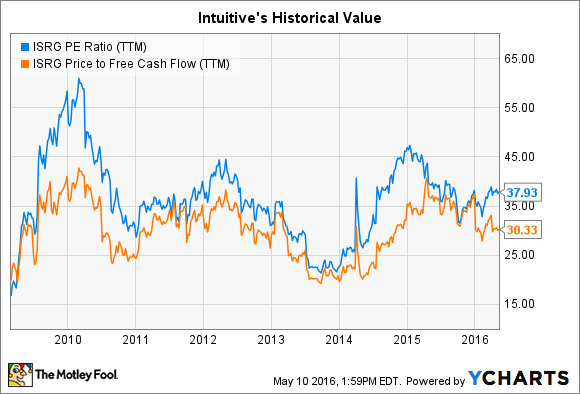