AbbVie, Cummins, Halliburton, SolarCity, and Micron have piqued the interest of these Fools. 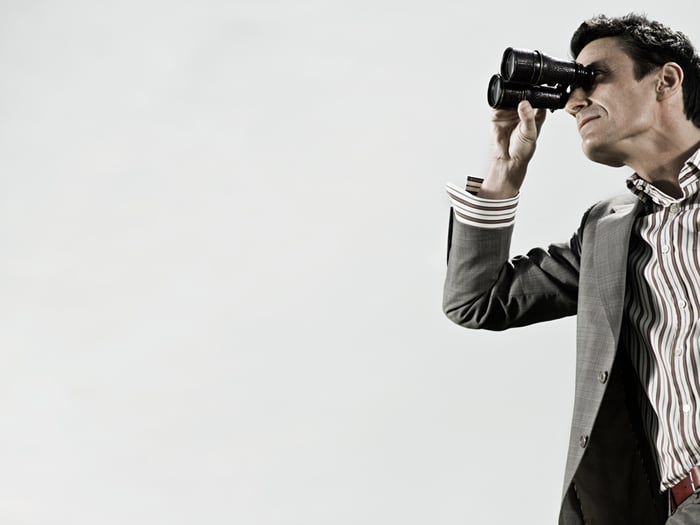 We Fools like to keep watchlists of companies we think could be worth owning. Sometimes a company will stay on our radar for an extended period of time as we increase our understanding of the company or wait for circumstances surrounding the company to change or for the share price to drop to the right level.

To give you a sneak peak at some of the companies that we have on our radar, we asked a team of Motley Fool contributors to share a company they are watching closely, but that they do not yet feel comfortable buying. Read below to see which stocks they highlighted.

Todd Campbell: I've been on the fence about AbbVie (ABBV 0.42%) for a while, but if a couple more ducks fall into a row, I may add this biopharma giant to my portfolio soon.

The main reason I've been hesitant about AbbVie is Humira's pending patent expiration. Humira is the planet's best-selling medicine, and it accounts for a whopping 61% of AbbVie's total sales. If sales drop off a cliff when Humira's patent protection ends later this year, AbbVie is likely to struggle to make up the difference.

However, management has been saying for a while now that a steep drop in Humira sales isn't in the cards. The company's guidance last fall actually called for Humira's sales to increase, rather than decrease, through 2020. Some of that optimism is due to the method of use patents that management thinks could insulate it against Humira look-a-likes for a few more years.

If management is right, AbbVie still has time to boost sales from other drugs to insulate itself against future Humira competitors. Last year, it spent $21 billion buying Pharmacyclics to leapfrog to the front of the pack in hematology cancers like chronic lymphocytic leukemia. And AbbVie spent an additional $5.8 billion in cash and stock recently to acquire Stemcentrix to get its hands on a promising drug that targets solid tumors.

Given AbbVie's optimism and its expanding cancer product line, I'm increasingly warming up to the company. Of course, it doesn't hurt that AbbVie pays a market-beating 3.6% dividend, too.

Neha Chamaria: I was expecting Cummins (CMI 0.30%) to follow peer footsteps and downgrade its full-year outlook when it reported its first-quarter earnings earlier this month. Instead, the engine manufacturer earned a dime more than Street estimates and reiterated its guidance of a 5%-9% drop in revenue and 11.6%-12.2% in operating margin.

Cummins' outlook may appear uninspiring, but compare it with Caterpillar's (CAT -0.26%) guidance, and you'll understand why I'm impressed: Caterpillar's operating margin slipped to 5% during the past 12 months, and it expects its revenue to decline 24%-28% this year. Both companies face similar macroheadwinds as each derives a significant portion of sales from off-highway and international markets. However, Cummins has clearly demonstrated greater resilience, which is why I'm encouraged to add it to my watchlist.

That said, end markets remain visibly weak, and there's little to suggest a turnaround in key sectors like mining and oil and gas. More importantly, Cummins' key customer, PACCAR, is emerging as a major threat as it continues to replace Cummins' engines with its own in its trucks. So even after off-highway markets recover, Cummins will have to find new ways to boost its share in the trucking market, which looks a tricky bet. So while I'm watching Cummins, I'd wait to see how things pan out once macroeconomic conditions improve before betting my money on the stock.

Matt DiLallo: I've had my eye on Halliburton (HAL 0.22%) for quite some time, but I've been on the sidelines because I wasn't sure it could pull off its ambitious plans to acquire rival Baker Hughes (BHI). Turns out, I was right. The company recently announced it wasn't able to convince regulators to approve the merger, which ended up costing the company a hefty $3.5 billion breakup fee as well as millions in acquisition-related costs. Now, the company needs to chart a new way forward on its plan to become a one-stop-shop for oil and gas companies needing oil-field services.

The company had hoped that acquiring Baker Hughes would enable it to scale much more quickly. However, it will now need to take a new approach, which could include selective acquisitions to boost areas in which it is weak. That said, the company has been vague about what it does plan to do next, which is why I'm still on the sideline.

Specifically, what I'd like to see from Halliburton is a detailed plan of areas where it wants to grow, how it plans to grow those areas, and why that will drive returns going forward. Until I see that, and like what I see, I'll just keep this stock on my watchlist.

Brian Feroldi: I'm a huge believer that the push toward green energy is here to stay, so I've had SolarCity (SCTY.DL) on my watchlist for quite some time. I love that the company holds the title as the largest residential and commercial solar installer in the U.S., which makes it the low-cost producer in the space. That's a great competitive advantage to hold in a industry that's rapidly becoming commoditized, and it should give the company a huge leg up over competitors in the long term. Better yet, since only a tiny fraction of U.S. households have made the jump to solar, I think it's reasonable to assume SolarCity will continue to grow rapidly for years to come.

So, if all of the above is true, why haven't I purchased shares yet?

Another huge reason I've yet to buy shares is that the company faces the very real risk of states changing their policies on net metering. SolarCity is currently depending on net metering rules to make solar an attractive alternative to the grid, so if rules change, so does the company's value proposition.

Just recently, the Nevada Public Utilities Commission changed its net metering rules, and Solar City actually pulled out of the state altogether. That speaks volumes about how dependent the company is on these rules, especially when you consider that Nevada is one of the sunniest states in the U.S.

Over the long term, I'm willing to bet that both of my issues with the company will diminish, and I could see myself one day becoming a shareholder. I'm firmly convinced solar costs will ultimately drop so low that it becomes a no-brainer to install solar just about everywhere in the U.S., which will turn SolarCity into a wildly profitable enterprise.

However, we're not there yet, so while I'm rooting like crazy for SolarCity to succeed, I'm doing so from the sidelines.

Tim Green: Waiting for the right price can be hard, but pulling the trigger too soon on a stock, before there's an adequate margin of safety, is a recipe for lackluster results. Shares of memory chip maker Micron (MU -2.95%) have tumbled about 72% since the beginning of 2015, driven by oversupply in the DRAM and NAND markets erasing the company's profitability. The stock may look like a bargain, but it's not quite there yet.

Micron manufacturers commodity memory chips, and the company is subject to the inevitable swings of the market for those chips. When times are good, Micron can generate impressive profits, like it did in fiscal 2014 and 2015. When times are bad, losses follow. In fiscal 2012, Micron posted a $1 billion loss, and the company drifted back into the red in its latest quarter.

Valuing Micron based on recent performance is a bad idea; instead, average performance and book value are the most useful metrics. Micron currently trades below its book value, but the stock isn't quite as cheap as it was the last time oversupply ravaged the industry. A stock price of $8 per share is the most I'd be willing to pay for Micron. At that price, a substantial discount to book value creates a comfortable margin of safety. Micron closed Friday at $9.56.

The situation could still get much worse for Micron, as the PC market continues to slump and the smartphone market slows down. But supply and demand will eventually be brought into equilibrium, although how long that takes is anyone's guess. I'm watching Micron closely and waiting for the price to tumble below $8 per share. If that happens, I may turn into a buyer.