Boeing fell on mounting concerns about issues that led to the 737 MAX crashes, and Halliburton's third-quarter report triggered a rally in energy shares.

Major benchmarks rose Monday as investors anticipated the busiest week of third-quarter earnings season. The Dow Jones Industrial Average (^DJI 0.00%) dipped in the morning but moved up during the day, and the broader S&P 500 (^GSPC -0.43%) was in positive territory for the whole session.

As for individual stocks, Boeing (BA -0.63%) fell on new concerns related to the 737 MAX, and Halliburton (HAL 1.11%) rose despite a slowdown in oil drilling in North America. 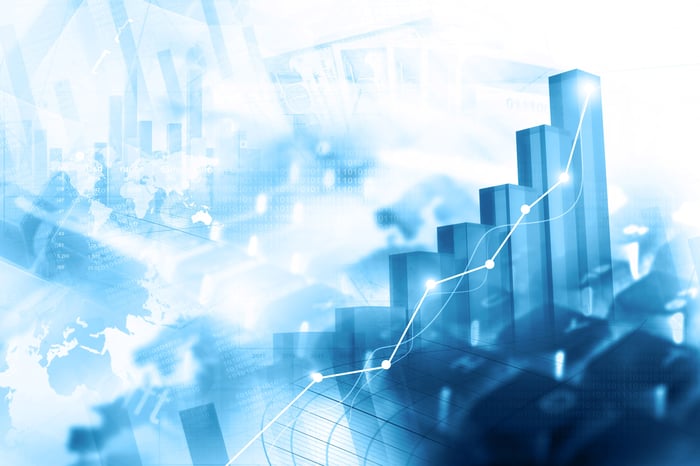 Troubles related to the 737 MAX continued to mount for Boeing, and shares lost more altitude, falling 3.8% and weighing on the Dow in the process. The company responded to potentially damaging text messages over the weekend, and The Wall Street Journal reported yesterday that Congress is investigating new information that raises concerns about the aerospace giant's internal culture.

Boeing issued a release Sunday that said that the message from a test pilot was in reaction to a simulator program that wasn't functioning properly, according to a statement by the pilot's attorney. The company said that the simulator program in use at the time was not finalized and was still undergoing testing and qualification, but that it's continuing to investigate the circumstances surrounding the instant message exchange.

News of the texts hit the stock Friday, but pressure increased today after a new report about an internal survey at Boeing in November 2016 showed that some employees felt "potential undue pressure" regarding safety approvals. Some engineers have dual roles designing systems and certifying the same ones as safe, and lawmakers are reportedly investigating whether pressure from management could have compromised safety.

Investors approve of how Halliburton is handling U.S. drilling downturn

Halliburton reported declining revenue and profit in the third quarter, but investors were braced for bad news and apparently approved of the steps the oil services specialist is taking, and shares rose 6.4%. Revenue fell 10% to $5.55 billion, below the analyst consensus estimate of $5.81 billion, and earnings per share dropped 32% to $0.34, about what Wall Street was expecting.

International revenue was flat from the quarter before, but management expects it to achieve high-single-digit growth for the full year of 2019. North America revenue, though, was down 11% from the second quarter due to declining drilling activity.

On the conference call, the energy sector giant cited its experience in dealing with challenging drilling environments before, reminding investors of the $1 billion in costs it took out in 2016 and saying it plans to increase cost reductions the company has already been making. Halliburton also believes that production declines will continue into 2020, and drillers will look to it for technologies to improve efficiencies and well productivity.