Please ensure Javascript is enabled for purposes of website accessibility
Log In Help Join The Motley Fool
Free Article Join Over 1 Million Premium Members And Get More In-Depth Stock Guidance and Research
By Evan Niu, CFA - May 16, 2016 at 5:13PM

No, the electric-auto maker isn't trying to finagle tax credits out of Colorado.

A few months ago, Tesla Motors (TSLA -1.49%) did something peculiar.

The EV maker removed the vast majority of the certified pre-owned (CPO) cars that were available. This came even as on earnings calls and in SEC filings, Tesla pointed out that secondary market values were proving to be robust and in excess of its accounting reserves, and CPO demand was similarly strong. If the CPO market was so strong, why would Tesla voluntarily remove most of the listings?

There was some anecdotal evidence that Tesla may have allocated a lot of the CPO inventory toward service loaners, but that didn't quite explain the complete absence of any listings (as of this writing, there are zero CPO Model S listings). Separately, some interested CPO buyers could still obtain a list of CPO inventory models available for sale by contacting a Tesla Pre-Owned Advisor directly, but that's more trouble than simply visiting Tesla's site.

Seeking Alpha writer and Tesla bear Montana Skeptic then came up with a theory.

Montana Skeptic received a tip from another Seeking Alpha member that Tesla may have been in talks with a prominent used car consulting and wholesale vehicle auction specialist Manheim Consulting.

The theory was that somehow Tesla was working with Manheim to set up auctions in Colorado, specifically because Colorado has a generous state tax credit for alternative fuel vehicles such as EVs. This tax credit, which maxes out at $6,000, can be claimed on used vehicles, provided that the credit has never been claimed on the VIN numbers and has never been registered in Colorado.

However, the big hole in Montana Skeptic's theory was that Tesla wouldn't be able to claim the tax credit directly, as it is not available to manufacturers. This might have been the role that Manheim would play, where Manheim purchases the CPO vehicles from Tesla, claims the credit, and then auctions the cars off.

Or something along those lines. It's unclear how Tesla would have benefited directly other than potentially clearing out some CPO inventory.

Earlier this month, Colorado's state legislature voted in a bill (HB 16-1332; link opens PDF) that amends the state's EV tax credit. The new structure takes effect on Jan. 1, 2017, and provides for a flat credit of $5,000. The outgoing credit was calculated using a convoluted formula that depended on a wide range of factors, including battery capacity and the vehicle's retail price, among others: 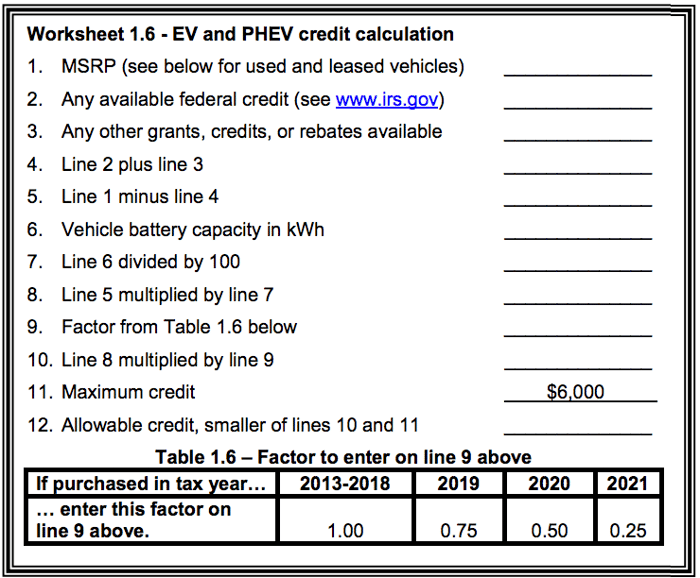 The new credit can be assigned directly from the vehicle purchaser to the dealership or finance company. Instead of having to wait until tax time to file and claim the credit, EV buyers can effectively receive the credit upfront at the time of purchase and reduce the sales price. In other words, the new credit is much simpler and more consumer friendly, since it's a flat amount and it can be claimed at the time of purchase.

Here's the kicker: the bill also makes it so that used vehicles can no longer claim the credit. (Unless the used vehicle is being converted into an alternative fuel vehicle.) Not that it made a whole lot of sense to begin with, but this means that Montana Skeptic's theory of Tesla trying to somehow finagle a bunch of tax credits from the state of Colorado makes even less sense now.