Please ensure Javascript is enabled for purposes of website accessibility
Log In Help Join The Motley Fool
Free Article Join Over 1 Million Premium Members And Get More In-Depth Stock Guidance and Research
By Alex Dumortier, CFA - May 18, 2016 at 1:02PM

Berkshire Hathaway and American are both iconic brands of American business, but if you can only pick one stock, here's how this Fool made his decision. 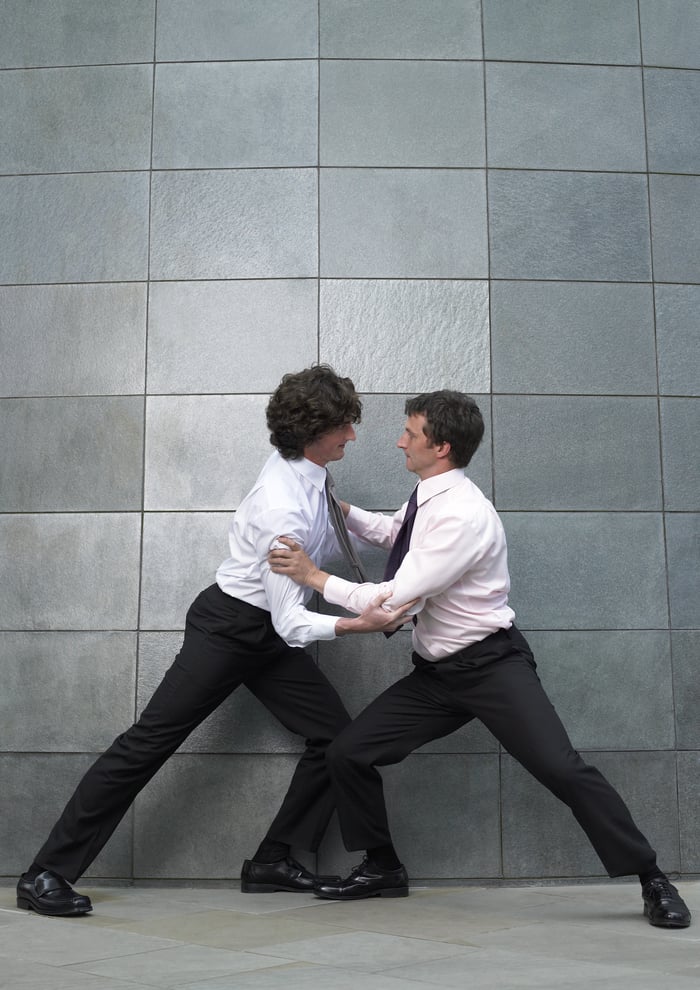 Which is the best buy: Warren Buffett's gargantuan conglomerate Berkshire Hathaway Inc (BRK.A 1.69%) (BRK.B 1.64%), or card issuer American Express Company (AXP 1.28%)? Both are iconic brands of American business that boast solid profitability and first-rate leadership. In this contest, however, only one can prevail.

After considering the two companies, here's how this Fool made his pick.

Berkshire is a superlative collection of businesses (and some sizable stock positions) painstakingly assembled by arguably the world's greatest capital allocator, Warren Buffett, who has transformed a failing textile mill into a $350 billion conglomerate in just over a half-century.

Berkshire's subsidiaries, which cover businesses from candy to metal cutting tools, all exhibit some type of competitive advantage, but Berkshire itself has an economic moat in its corporate form and its corporate culture, an advantage that transcends Buffett.

Provided that most of the Berkshire system remains in place, the combined momentum and opportunity now present is so great that Berkshire would almost surely remain a better-than-normal company for a very long time even if (1) Buffett left tomorrow, (2) his successors were persons of only moderate ability, and (3) Berkshire never again purchased a large business.

This is a business that has been built to last, but any company, regardless of its quality, can be a poor investment if purchased at the wrong price. How are the shares currently valued?

Berkshire Hathaway is prepared to repurchase its own shares in size at prices up to 1.20 times their book value. Buffett reiterated at last month's annual meeting his opinion that "the stock is worth significantly more than 1.20" times book value. You can take that statement to the bank.

"Significantly more" is as subjective qualifier, of course, but I think it's safe to assume Buffett's estimate of intrinsic value is at least 1.35 times their book value -- the multiple at which the stock is currently changing hands.

A first-class business led by able and honest management at a price at or below its fair value: That's an attractive offer, particularly in a stock market that looks broadly expensive. What of American Express?

Berkshire Hathaway is AmEx's largest shareholder, with a 15.9% stake. For every Berkshire A share you purchase, you are also picking up .06149 of a share of American Express.

That speaks well for AmEx's business. As Buffett wrote in his most recent shareholder letter, "[t]hese four investees [American Express, Coca-Cola, IBM and Wells Fargo] possess excellent businesses and are run by managers who are both talented and shareholder-oriented."

However, Buffett has a natural inclination (some might call it a bias) toward holding the shares: His cost basis on the position is $1.29 billion against a market value of $9.7 billion as of Monday's close.

AmEx may be an excellent business, but it does face a number of competitive threats, including from a little company called Visa Inc and from private-label brands. Add in the fact that the payments industry is changing fast, and it's not clear how this will ultimately affect AmEx.

(For more on some of the challenges the company faces, see my Foolish colleague Jordan Wathen's analysis of "3 Things American Express Should Worry About.")

Still, these challenges appear to be (more than) reflected in a pedestrian valuation: Just 11.8 times this year's earnings per share. That looks like a good price for a superior franchise run by capable management.

Ultimately, choosing between American Express and Berkshire Hathaway is a function of your investing approach, including your time horizon and degree of risk tolerance. Both stocks are likely to beat the S&P 500 over the next five to 10 years.

However, I'm a lot more confident in the preceding statement in Berkshire's case, which is why I'm giving it the nod in this contest. AmEx cannot hope to match the diversity and safety of the businesses Berkshire houses, qualities that translate into extremely safe, highly visible future cashflows. When you can become a part-owner of that cashflow stream at or below its intrinsic value, that's an opportunity worth seizing with both hands.