Please ensure Javascript is enabled for purposes of website accessibility
Log In Help Join The Motley Fool
Free Article Join Over 1 Million Premium Members And Get More In-Depth Stock Guidance and Research
By Tim Brugger - May 18, 2016 at 9:51PM

The rival chip behemoths are both undergoing sweeping changes. The question is: Who will end up on top?

Despite their longtime rivalry, Qualcomm (NASDAQ: QCOM) and Intel (NASDAQ: INTC) share a common theme: both are in the midst of reinventing themselves. The markets that pushed each to prominence have changed. For Qualcomm, the inevitable slowing of smartphone sales -- particularly Apple and its iPhones -- has left it scrambling to make a dent in new, fast-growing markets including the Internet of Things (IoT) and wearables.

Despite the rumors that Intel had ousted Qualcomm to supply chips for the upcoming iPhone 7, Intel has recently decided to forego its mobile ambitions, and focus on IoT, cloud-based data centers, and wearables. Putting it in the same boat as its rival. So, which is the better buy? Well, that depends on which is most adept at implementing its transformation. 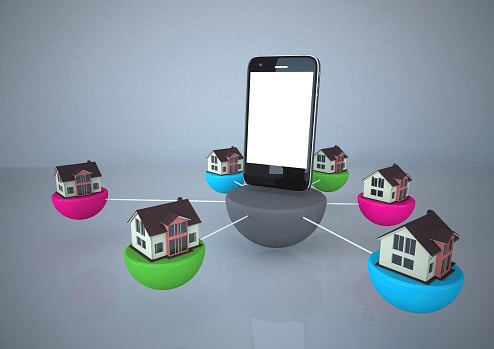 The case for Qualcomm
Investors weren't phased by Qualcomm's recently announced fiscal 2016 Q2 earnings results, due in part to the fact that non-GAAP EPS came in above the guided range. That sounds good, and beating vaunted analyst expectations is generally well-received, regardless of quarter-to-quarter comparisons.

But Qualcomm's 20% drop in sales, 34% decline in net income, and the fact that EPS was down 26% year over year doesn't exactly inspire confidence, regardless of pundit's expectations. What does bode well for Qualcomm is that if they hit the high-end of forecasts for the current quarter they could meet or exceed the year-ago period. There were several positives in the recent earnings report that positions it well for future growth.

CEO Steve Mollenkopf said Qualcomm inked several new patent licensing deals with Chinese companies last quarter, which is in line with its efforts to grow that key piece of its business. Equipment and services sales dropped 24% last quarter to $3.35 billion, but licensing revenue was down just 11%. With the China market now in the fold, Qualcomm could get a much-needed boost to these figures in the coming quarters and years ahead.

As for expanding beyond high-end smartphones, Qualcomm has a number of arrows in its quiver. Already, over 80% of the Android wearables market are sporting Qualcomm chips. In a market expected to exceed 200 million devices being shipped in the next three years -- including a 48% annual growth rate for Android OS units -- Qualcomm is poised to lead the way.

Qualcomm's strength in mobile should also serve its IoT ambitions well, considering that so much of the expected trillion dollar plus market will be mobile-based. Toss in Qualcomm's effort with smart cars and smart home solutions, and IoT will play a critical role going forward. Particularly after kicking off the year at the Consumer Electronics Show by introducing a smart car processor -- and landing one of the world's biggest automakers as a customer -- along with Qualcomm's new smart home platform.

The case for Intel
The fact that the PC market is wilting on the vine is nothing new, and Intel shareholders continue to pay the price. CEO Brian Krzanich has made it clear Intel isn't about PCs any longer, it's all about connecting the world via IoT, cloud-based data centers, and mobile devices like drones and wearables. Though based on its 12% share price decline year-to-date, investors aren't convinced.

However, Intel's commitment to its new direction was evident when it recently announced plans to trim 11% of its workforce and restructure management to align with its "primary growth engines:" data center and IoT sales. Already, data centers and IoT sales are contributing significantly to Intel's top and bottom lines.

Data center revenue climbed 9% year over year last quarter to $4 billion, and IoT sales jumped a whopping 22% year over year to $651 million. Combined, the two most important units to Intel's future continue to make up a larger portion of total revenue, which grew 7% to $13.7 billion in Q1. EPS also eked out a gain, but that was largely due to a tax rate 7.1 percentage points lower than 2015's Q1.

Strides are being made by Krzanich and team to connect the world and power data-intensive cloud data centers, but a major question remains: What took Intel so long to pull the trigger? Restructuring Intel's workforce and management team to better align with its transformation was a matter of when, not if.

Delaying the inevitable makes it appear Intel is just leaving the starting line, while Qualcomm is beginning to hit its stride. Qualcomm also takes the dividend yield prize with its 4.1%, though Intel's nearly 3.5% is nothing to sneeze at. When it's said and done both tech stalwarts will get it right, but Qualcomm has a head start making it the better buy.