John Bromels
(TMFTruth2Power)
Author Bio
John has found investing to be more interesting and profitable than collectible trading card games. He seeks growth and value stocks in the U.S., in Germany, and beyond!
This article represents the opinion of the writer, who may disagree with the “official” recommendation position of a Motley Fool premium advisory service. We’re motley! Questioning an investing thesis -- even one of our own -- helps us all think critically about investing and make decisions that help us become smarter, happier, and richer. 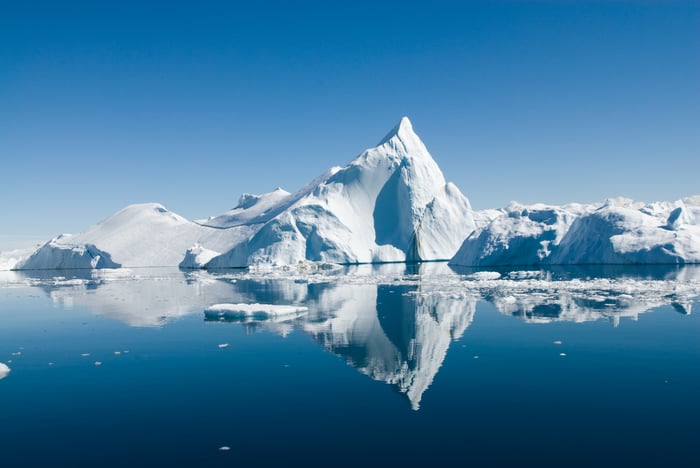 General Electric (NYSE:GE) is heading into uncharted waters with its latest contract, having signed a deal with Danish container-shipping giant Maersk (OTC:AMKBY).

Container shipping is a massive global industry. According to the World Shipping Council, containerships move more than $4 trillion worth of goods annually, contributing the equivalent of more than $400 billion to the world's economy. And while many of the largest shipping companies are based overseas, the U.S. boasts a few of its own, including Matson, Inc.

Getting even a small piece of this global pie would be a huge benefit to any company, even one as large as GE. So is this a new revenue stream or just a one-off?

GE will provide its "Power Take Off/Power Take In" technology to 11 new Maersk containerships. The equipment consists of two drives, two induction motors, and a power-management system. These work together to provide excess power on demand while reducing a vessel's fuel consumption. When not being used for propulsion, the PTO/PTI technology uses the surplus energy to power onboard systems and equipment.

According to GE, use of the system results in significant fuel savings. "Unlike its competitors, the electric machine is equipped with induction motors instead of synchronous motors," the company said in a press release. "By removing transformers, it offers a simpler design and therefore reduces the complexity of the system, making it more reliable and requiring less capex. The arrangement of induction motors reduces the frequency and extent of maintenance and combine[s] with the system's fuel saving characteristics, bringing down the operational expenses for customers."

Operational expenses are a big concern for shippers, particularly in the current economic climate. Unfortunately for all of these companies, the entire container-shipping industry has been tempest-tossed for the last several years. And many analysts have issued gloomy forecasts for 2016.

At issue is containership supply that's outpacing demand, a trend that's expected to continue. Moody's projects supply to outpace demand by an additional 2% in 2016. And although low fuel prices are helping the industry, many shippers have passed those cost savings on to customers as they compete for business.

You might think that this poor industry performance would lead to a reduction in new purchases among shippers, limiting the potential market for GE. Well, yes and no.

In fact, new capacity for containerships has been coming on line at higher rates than ever. BIMCO, the world's largest international shipping organization, which counts Maersk among its members, reported a new record of newly built freight capacity in 2015. It's projected that 1.6 million 20-foot-equivalent units (TEUs) would be delivered by the end of that year. (TEUs are the international standard for measuring container-shipping freight; one TEU is the equivalent of a single 20-foot metal shipping container.)

This is mixed news for GE. On one hand, it's good for the company, and its new foray into containership fleets, that hundreds of new vessels are being built every year, even in tough times. On the other hand, fewer ships being built mean fewer ship power systems being sold.

First, even if fewer ships are being built, the thin margins on which shippers operate and demand for larger vessels creates a market for efficient engines and sophisticated systems that can help a shipper squeeze every last cent out of its operations. GE is an industry leader here and claims that its Maersk contract "marks its intention of contributing to the technological advancement of the industry at large." This could yield further benefits and cost-saving potential for companies such as Matson and Maersk.

Second, in 2015, GE had no contracts with any shippers at all. Now it's scored its first with Maersk, the largest shipper in the world by volume. If Maersk is invested, it's likely other companies will follow suit. Put another way, there's nowhere for GE to go but up.

The best-case scenario is that GE's technology will become widely adopted by cost-conscious shippers, resulting in a huge ongoing revenue stream. But even the worst-case scenario, in which GE picks up one or two contracts for modest amounts, is still a net positive for the company. This news strengthens the thesis for buying GE.

Could This Contract Be the Tip of the Revenue Iceberg for General Electric? @themotleyfool #stocks $GE $AMKBY Next Article
Current