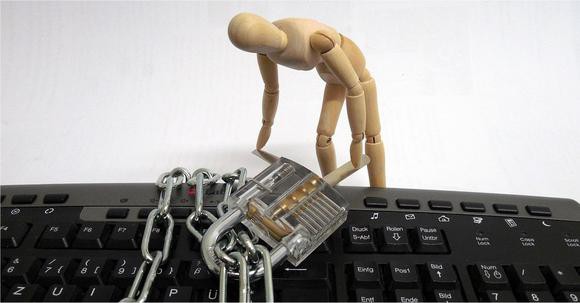 Demand for Microsoft's (NASDAQ:MSFT) Office 365 is surging. There are now more than 22 million consumers subscribing to Office 365, and 70 million workers using it monthly. That's great for Microsoft shareholders, but the Redmond tech giant isn't the only company that stands to benefit.

Barracuda Networks (NYSE: CUDA), the cloud-based security provider, has made Office 365 a cornerstone of its business, and a key component of its turnaround efforts. Investors optimistic about Office 365's prospects might consider buying shares of the small-cap IT vendor.

Before digging into how Barracuda Networks could potentially benefit, it's important to explain Microsoft's Office 365, what it offers, and where it's going.

For many years, Microsoft sold Office only in the form of licenses. Consumers and businesses paid a set fee for a copy of Office, which they used for however long they wanted. Microsoft released new versions of Office on a regular basis, adding in additional features in an effort to spur upgrades, but continued to sell licenses in a one-off fashion. Then, in 2011, it launched Office 365.

Compared to a traditional Office license, the biggest difference is how customers pay: Rather than require an upfront investment, Microsoft charges Office 365 customers on a regular basis for access to its applications. For consumers, it's around $10 per month (for up to 5 PCs). For business users, it's between $5 and $35 per user, per month.

With Office 365, Microsoft has effectively turned its Office platform into a service, and created a steady, reliable stream of revenue in the process. It's also made Office more affordable, as smaller, monthly payments may be easier to stomach than large lump-sums. Microsoft continues to release new versions of Office, and sells access to them under its traditional licensing model, but its efforts are clearly focused on Office 365.

Demand for Office 365 has grown steadily. Here's how the business has performed over the last five quarters:

A security solution for businesses moving their email to the cloud

Microsoft sells Office 365 to enterprises in different tiers (hence the wildly variable $5 to $35 pricing). Most (though admittedly not all) tiers include online email. For a small business of 30 people, Microsoft's barebones Office 365 Business Essentials can provide email addresses with 50GB inboxes for $1800 per year.

We are targeting three key areas, Office 365 and email protection, network and application security, and data protection, which includes backup and cloud archiving.

As more businesses turn to Office 365 for their email, Barracuda could see more demand for Essentials. It's a new product, but during the call, Jenkins gave some color on the trends facing the business.

What we are seeing so far is the majority of those [businesses that maintain their own email servers]  are [switching] to a hosted and cloud-based solution [such as Office 365]...[We're in] the early days of our Office 365 offerings, [but] what I would say...is we not only see our existing customer base moving [to the cloud]...but we see net new customers coming in; customers we have never dealt with before who are deciding to move to Office 365 and then either through our own advertising efforts or our partners or via Microsoft, they're getting pushed to us for advanced protection.

It's worth noting that Barracuda faces competition in the space from other security vendors, and most significantly, from Microsoft itself. The most expensive Office 365 tier, E5, includes advanced email security and threat detection, and stands as an alternative to Barracuda's services.

For now, however, Microsoft's security efforts are limited to its most expensive Office 365 package. Barracuda's primary customers are small- and medium-sized businesses, the sort unlikely to purchase E5 in great numbers. Jenkins described Barracuda's relationship with Microsoft as strong, and said the partnership was going "very well." Microsoft is giving Barracuda early insight into its Office 365 pipeline, and a sense of what the company is working toward.

A beaten down security firm in the midst of a transformation

Over the last 12 months, Barracuda shares have lost more than 55% of their value. The company has posted a steady stream of earnings reports that have disappointed investors. However, Barracuda's management is in the midst of a turnaround, and has already seen success. Shares have rallied more than 30% in the last three months alone. In April, shares surged after the company turned in a strong fourth-quarter report.