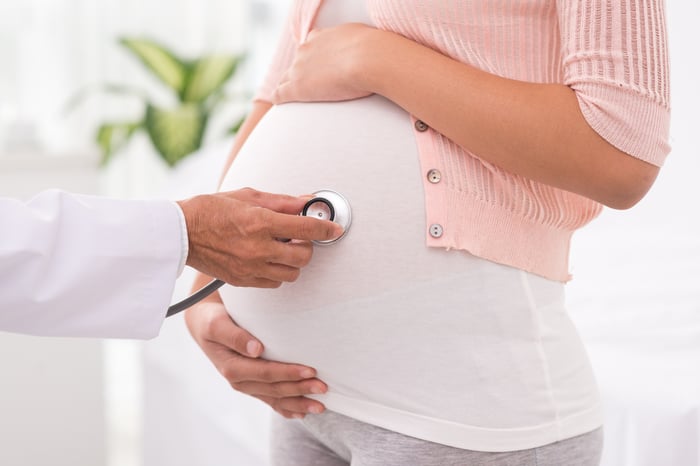 What: Investors in AMAG Pharmaceuticals (NASDAQ:AMAG), a biopharma focused primarily on maternal health, had a rough May. The company's stock took a beating during the month and fell more than 19%, according to data from S&P Global Market Intelligence. 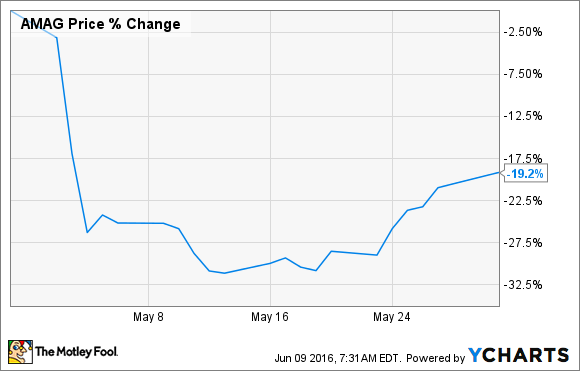 So what: Shares started to dive immediately after the company report results from its first quarter, though they did recover slightly by the end of the month. So what was in the report that caused traders to head for the exits? It looks like a classic case of the company having missed Wall Street's targets.

AMAG Pharmaceuticals reported non-GAAP revenue of $117.9 million during the first quarter, which was up sharply from the $83.1 million that it recorded in the year-ago period. However, the huge jump was primarily driven by last year's acquisition of Cord Blood Registry, and the actual results still came in well short of the $123 million that analysts were expecting.

The company's bottom line didn't look so hot, either. On a non-GAAP basis, net income came in at $32.9 million, or $0.94 per diluted share. That was down substantially from the $1.17 in earnings that it showed last year, and was also well shy of the $1.11 in earnings that Wall Street was expecting. That marks at least four quarters in a row that AMAG has missed consensus estimates.

Understandably, the top- and bottom-line miss caused some traders to dump the stock. It also didn't help that Raymond James cut its rating on the company's stock following the report.

Now what: Despite all the doom and gloom, this report wasn't all bad. In fact, AMAG Pharmaceuticals recently announced some big news related to its best-selling drug Makena, which is used to reduce the risk of preterm birth in at-risk women.

During the quarter, regulators approved a single-dose, preservative-free formulation of the drug, which AMAG's management believes will be a big hit with healthcare providers and patients. Their bullishness stems from the fact that roughly 37% of the Makena-eligible market is currently accessing a preservative-free formulation of the drug through non-FDA-approved compounded versions. Offering these patients an FDA-approved option should help AMAG to capture a large portion of this market that it is missing out on.

In addition, AMAG also made strides during the quarter to enhance patient access to Makena by signing an exclusive deal with a leading provider of home nursing services.

When factoring in the expected growth of Makena, AMAG was able to reiterate its financial guidance for 2016. Here's a look at what the company is expecting:

With 34.7 million shares currently outstanding at quarter end, these numbers imply a non-GAAP earnings-per-share forecast of $5.62 to $6.48, and that's without assuming any effect from the company's share repurchase program. Given that shares are currently trading hands in the low $20s, that gives this company a forward P/E ratio of less than 4.

Of course, it only looks cheap if you stick to non-GAAP accounting. On a GAAP basis, the company showed a net loss of $7.5 million, of $0.22 per share, which is a stark difference. In addition, it's also worth noting that this business has more than $1.3 billion in long-term liabilities on its books, which includes $800 million in long-term debt, so its balance sheet is far from pristine.

There's also the fact that this stock has been an absolute trainwreck over the past year. Shares have declined more than 68%.

There's no doubt that pessimism for this business is running high, so if the company can prove the skeptics wrong and continue to grow at a healthy rate, it's possible that today's low price might prove to be an interesting entry point. Personally, I'm not a fan of investing in biotech companies that hold so much debt on their balance sheet, so I'm content to keep away.