After the company reported fourth-quarter financials that were better than industry watchers were expecting, shares in Synergy Pharmaceuticals (NASDAQ: SGYP) skyrocketed 24% on Friday. 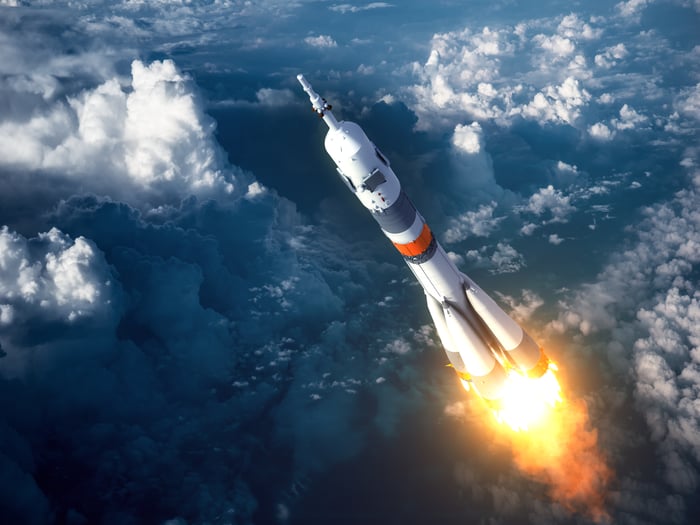 Synergy Pharmaceuticals reported fourth-quarter sales of $9.4 million, and that was $2.3 million better than Wall Street analysts were forecasting. The company also reported a loss of $0.16 per share in the quarter that was $0.03 ahead of estimates.

The top- and bottom-line beats are welcome news because the company's chosen to go-it-alone in marketing Trulance, which is not an inexpensive proposition given the drug competes against Linzess, a drug developed by Ironwood (NASDAQ: IRWD) that's licensed to the deep-pocketed Allergan (NYSE: AGN).

On a quarter-to-quarter basis, Synergy Pharmaceuticals' revenue was up nicely from the $5 million reported in the third quarter, and its $37 million net loss was a solid improvement from its $49 million loss in the prior quarter.

The company came into the fourth quarter with $118 million in cash and equivalents, but equity offerings helped that figure improve to $137 million despite the company's big spending. Its cash burn, however, remains a concern. In 2017, net cash used in its operating activities was $213 million.

In order to put this company into the black, Trulance's sales are going to have to climb considerably higher. Fortunately, the market opportunity is big. Linzess, which had sales of $701 million in 2017, only saw its sales increase 2% quarter-to-quarter in Q4, 2017, while Trulance's sales jumped 82%. The expansion of Trulance's label in January to include patients with irritable bowel syndrome constipation could allow it to compete even more effectively against Linzess this year.

Nevertheless, there's plenty of work left to do, and it's certainly possible that Synergy Pharmaceuticals will need to continue diluting investors' shares to raise more cash for its balance sheet. While the company's fourth-quarter performance is a solid step in the right direction, investors might want to remain on the sidelines.