After shares got obliterated in June following the results of an internal audit of its accounting practices, MiMedx Group (NASDAQ:MDXG) shares climbed 18% on Thursday on hopes that new leadership and restated financials will restore confidence and eventually rekindle investors' interest. 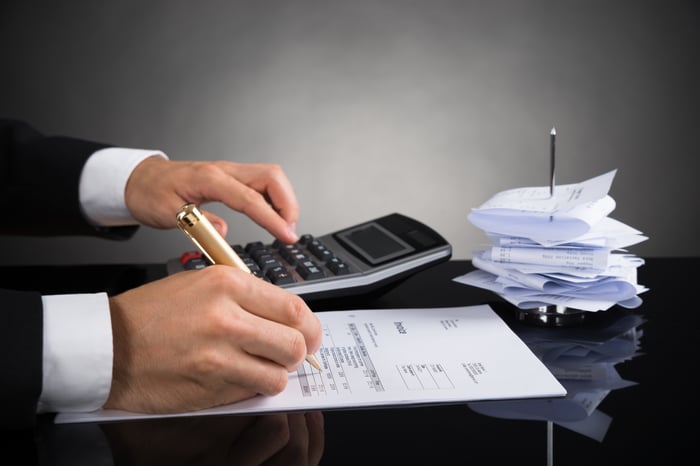 The investigation caused the company to delay its financial filings with the Securities and Exchange Commission (SEC) in February and sparked worry that MiMedx might be forced to restate its past financial results if the investigation revealed problems. Unfortunately, that's exactly what happened.

In June, the audit committee determined that the company has to restate its financials all the way back to 2012 because of problems it's identified with "two distributors for which certain implicit arrangements modified the explicit terms of the contracts, impacting revenue recognition during specified periods." Accompanying the disclosure was news that MiMedx chief financial officer Michael J. Senken and the company's corporate controller and treasurer John E. Cranston were out of the company.

The shake-up continued later that month when the audit committee's findings resulted in the resignation of MiMedx CEO Parker Petit and president and chief operating officer William Taylor. Petit is retaining his position as a director on the company's board, but Taylor also resigned from the MiMedx board.

In May, three members of MiMedx speakers group were indicted in South Carolina for healthcare fraud and conspiracy following an investigation by the Department of Veterans Affairs, so perhaps the news of the audit committee turning up problems resulting in the C-suite shake-up wasn't unexpected. The committee is continuing its review and there isn't a timeline for restating the company's financials, but it did agree to pay $975 per hour, or $200,000 per month, to contract with a turnaround consultant to serve as interim CEO earlier this month. On Wednesday, MiMedx announced that it hired a chief compliance officer who is tasked with making sure its business is done on the up and up.

In addition to changes by new leadership, the catalysts that could reward bargain hunters include the audit committee completing its review, the filing of the company's restated financials with the SEC, or a change of control, such as an acquisition. Unfortunately, it's unclear when the review will conclude or filings will be made.

It's also uncertain to what degree restatements will negatively impact sales. Additionally, there's no telling if a change of control could be on the horizon.