Certainly, having a leader of Kullman's caliber heading a competitor isn't good news for 3D Systems (NYSE:DDD) and Stratasys (NASDAQ:SSYS), which are both in turnaround mode. 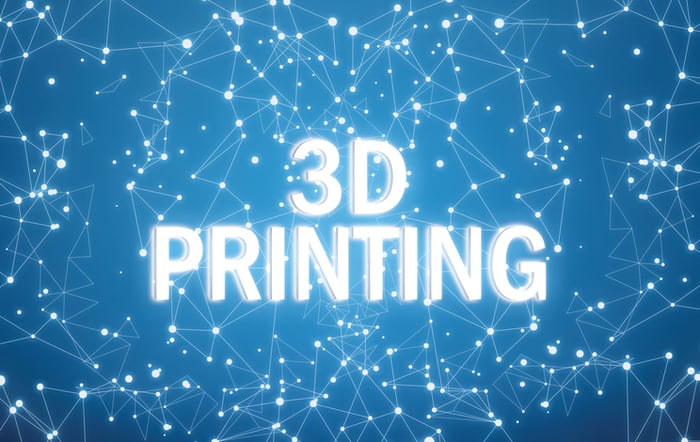 Kullman will replace the digital manufacturing specialist's co-founder and current CEO, Joseph DeSimone, who will be transitioning to the role of executive chairman of the board. She will also remain on Carbon's board of directors, where she has served since 2016.

Kullman was DuPont's chair and CEO for about seven years, beginning in early 2009. She was the first woman to lead the global chemical giant in its more than 200-year history. She holds a B.S. in mechanical engineering from Tufts University and an MBA from the Kellogg School of Management of Northwestern University.

Along with her Carbon roles, Kullman is also a board director of defense contractor United Technologies, personal computer maker Dell Technologies, biotech company Amgen, and leading investment bank Goldman Sachs. She's been named one of the "50 Most Powerful Women in Business" by Fortune, among other honors.

Carbon appears to be on the IPO track

"Today's leadership announcements are the result of a succession plan that DeSimone, Kullman, and members of the board have worked on to prepare the company for its next chapter," according to the press release. That "next chapter" likely includes an initial public offering (IPO), as I opined in May. This CEO move makes me more confident that Carbon will be joining the publicly traded ranks in the relatively near future. 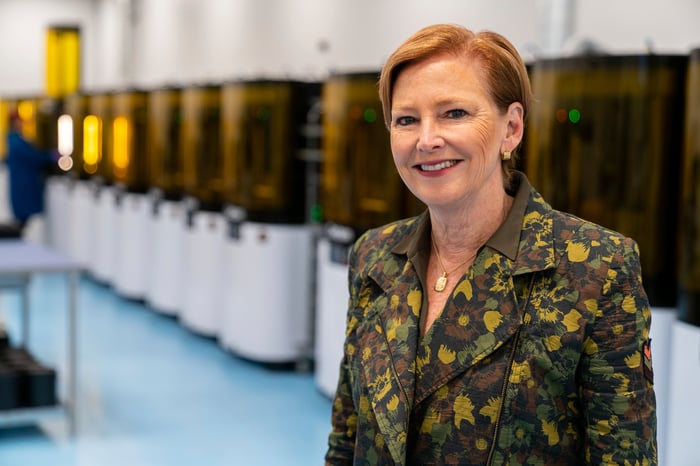 Carbon in a nutshell

I've written about Carbon (which started life as Carbon3D in 2013) quite a few times since it exploded onto the tech scene at the TED 2015 conference. Indeed, I interviewed DeSimone, a polymer chemist, soon after he wowed the audience with his demonstration of the company's breakthrough Digital Light Synthesis (DLS) 3D printing technology. (To simply call DeSimone a polymer chemist doesn't do him justice. He's also a university chemistry and chemical engineering professor who's been on leave since founding Carbon, a prolific inventor and serial entrepreneur, and has racked up numerous lofty scientific and business honors.)

In short, DLS "grows" polymer parts continuously from a pool of liquid resin by harnessing ultraviolet light and oxygen. Traditional 3D printing prints layer by layer. Thanks largely to the elimination of the pauses between print layers, DLS has several key advantages over the leading commercialized 3D printing technologies related to speed, materials possibilities, surface quality, and mechanical properties.

Carbon is what's called a unicorn, which means that it's a privately held start-up valued at over $1 billion. The company received an early vote of confidence from Alphabet's (NASDAQ:GOOG)(NASDAQ:GOOGL) venture capital arm, Google Ventures, which led the $100 million series C funding round in 2015. Its partners and customers include big names such as Adidas (OTC:ADDYY) -- which is using DLS to produce running shoes with 3D-printed midsoles -- Ford, and Johnson & Johnson.

Moreover, Kullman isn't the only business and industry heavyweight on Carbon's board. Former Ford CEO Alan Mulally was the company's first independent director and remains on the board today. It would seem unlikely that these individuals -- who probably have more interesting business opportunities than most of us have socks -- would maintain multiyear ties to a company unless they believed that it had a promising technology and business plan.

3D Systems and Stratasys are down but not out

Kullman's expertise, experience, and connections have the potential to make Carbon an even more formidable competitor to 3D Systems, Stratasys, and other polymer-focused 3D printing companies. Moreover, since Carbon's tech enables 3D printing to make greater inroads into manufacturing, the company is, perhaps, an even greater threat to traditional manufacturers, namely injection molders.

3D Systems and Stratasys have been struggling to grow revenue in an industry that's been growing at a double-digit annual pace for some time. That means that the two early movers in the 3D printing space have been losing market share. And who's been gaining share? From the public information that's available, it's safe to conclude the answer is Carbon and HP Inc. (NYSE:HP), which both launched their first speedy 3D printers in 2016. There could be others as well.

This doesn't, however, mean that 3D Systems and Stratasys are down for the count. Both have valuable intellectual property and some potentially compelling new products in the pipeline. Whether their respective top management teams (which aren't the same ones that were in place when their major stumbles occurred several years ago) can effectively compete against the likes of Carbon and HP remains to be seen.