The differences only grow from there. Here's the full explanation of what assets and revenue are, and their differences.

What are assets?
Assets are anything a company owns, and they are listed in groups on a company's balance sheet. Below, I've cut out the asset portion of Wal-Mart's balance sheet so you can see the types of resources that are considered assets to a company. Assets can be both tangible and intangible. 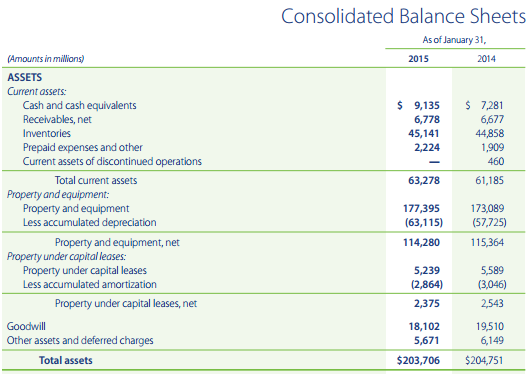 Assets are listed in order of liquidity -- or how easily the asset can be turned into cash. Notice that Wal-Mart lists its cash and cash equivalents on its balance sheet first. This line includes cash in the bank, and investments that mature in three months or less. Being cash, or cash-like, it's only natural that this appears first on the balance sheet because cash and short-term investments are very liquid.

From there you'll see the following:

What is revenue?
Revenue is listed at the top of a company's income statement. Revenue is what a company receives from the sale of products, usually adjusted for returns. 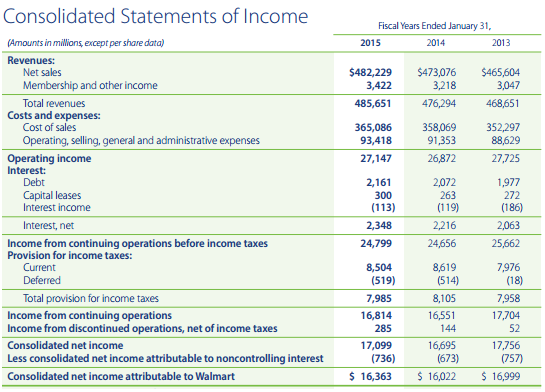 Wal-Mart, for instance, reports that its "revenue" is its "net sales." In this specific case, "net sales" is the amount of sales for a given period minus an amount for expected returns like shirts that don't fit, or blenders that don't work. Some companies also include an adjustment for damaged or lost inventory in their net sales figure. Because Wal-Mart owns Sam's Club, it also includes revenue it receives from memberships in its revenue.

Revenue is tangentially related to an asset. If Wal-Mart sells a prescription to a customer for $50, it might not receive the payment from the insurance company until one month later. However, it will report $50 in revenue and $50 as an asset (accounts receivable) on the balance sheet. It will also decrease the value of inventory for the amount it paid for the prescription it sold to the customer.

The major difference
The single major difference between revenue (an income statement item) and assets (balance sheet items) is that revenue is recorded over the course of a period. For instance, Wal-Mart's fourth-quarter revenue will reflect everything it sold from Oct. 1 to Dec. 31.

However, assets are measured at a point in time. Thus, its balance sheet will show the assets it holds as of a single point in time -- what it owned on the day of Dec. 31, the last day of the calendar fourth quarter.

Spending some time reading the income statements and balance sheets for a simple business like a retailer is a fantastic way to better understand the various financial statement accounts, what they mean, and how they interact. Wal-Mart's annual reports would be a great place to start.

If you think you have a good handle on what we've discussed and you're ready to start investing, come on over to our Broker Center. We have lots of resources to help you get going, including helpful links to lots of brokers.