The company will be the new owner of GR Companies (Grassroots).

If Curaleaf Holdings ( CURLF 0.88% ) is to be believed, it is now the world's largest cannabis company.

Curaleaf made that claim earlier today, when it announced it signed a deal to acquire GR Companies for $875 million in cash and stock. Curaleaf says that GR Companies, headquartered in Chicago and doing business as Grassroots, holds 61 dispensary licenses, of which 20 are held by actively operating dispensaries. Grassroots also holds 17 cultivation and processing licenses. 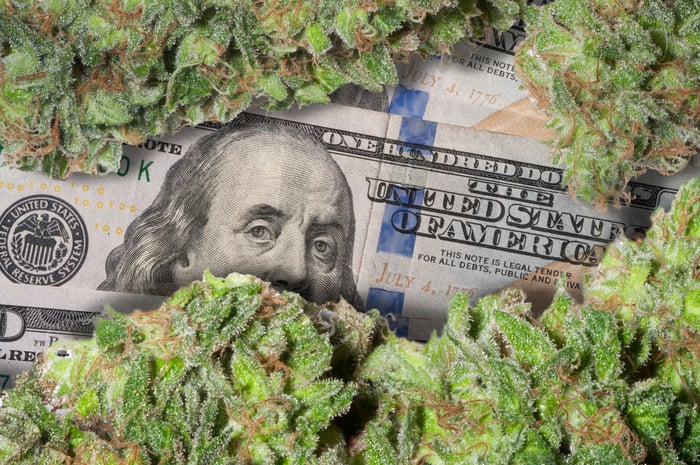 Illinois is particularly fertile ground for the marijuana business, as last month the state legalized recreational pot sales. This goes into effect on Jan. 1 of next year.

Curaleaf said the deal will make it active in 19 U.S. states, up from its current tally of 12. All told, with the Grassroots assets it will hold 131 dispensary licenses, 68 of which will be in actively operating dispensaries. It will also possess 20 cultivation sites and 26 processing facilities.

Joseph Lusardi, Curaleaf's CEO, was quoted by the company as saying that "this transaction significantly accelerates our expansion strategy and strengthens our reach across the medical and adult-use markets."

"In addition, it enhances the depth of our retail and wholesale platform across the country," he added. "By leveraging our scale, as well as our market leading capabilities and expertise, we will continue to deliver value for our shareholders."

This isn't Curaleaf's first time at the acquisition rodeo. Earlier this year it made another splashy deal, signing an agreement to buy privately held Cura Partners for $949 million in stock. Cura Partners' core asset is the popular Select line of cannabidiol products. That acquisition is pending.

Since scale matters in these early days of the marijuana industry, investors are impressed with Curaleaf's latest buy. On the back of the Grassroots news, the stock closed nearly 18% higher in trading today.

The $875 million Curaleaf is paying for Grassroots consists of $75 million in cash and the remainder in Curaleaf stock. Curaleaf says that when the acquisition closes, current Grassroots shareholders will own roughly 16% of the combined entity.

The buyout has been approved by the boards of directors of both companies, Curaleaf said. It is subject to the approval of Grassroots stockholders, in addition to that of the relevant regulatory bodies. The acquisition is expected to close early next year.