The Canadian grower and distributor posts a sharp top-line increase thanks to relatively new product categories.

Tilray (TLRY) released its Q2 of fiscal 2019 results after the market closed on Tuesday. Similar to other marijuana stocks that have unveiled their results lately, the company showed significant revenue growth but a deeper loss on the bottom line.

For the quarter, Tilray's revenue rose to $45.9 million, a more than fourfold increase over the same period last year. That was on the back of a sharp increase in kilogram equivalents sold, which rose to 5,588 kilos from the year-ago tally of 1,514. 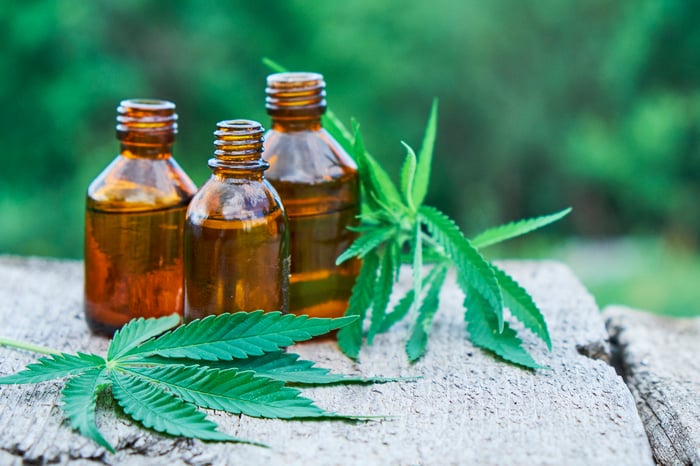 On average, analysts were expecting $41.1 million on the top line for Q2 2019. However, their collective estimate for adjusted net loss was only $0.25. In its more than one year as a publicly traded company, Tilray has yet to post a quarterly profit.

The revenue increase was due almost entirely to sales in two product categories Tilray wasn't involved in at this time last year -- adult-use (i.e., recreational) and food products.

The former was because the legalization of recreational marijuana in Canada didn't kick in until October of last year. On a quarter-over-quarter basis, Tilray's adult-use sales nearly doubled, to $15 million.

Although this adds to revenue, it has a negative impact on profitability because the prices of adult-use cannabis are lower than other products. This dynamic contributed to a drop in the company's average net selling price per gram. It fell notably to $4.61 for the quarter, from $6.38 in the same period of last year.

The take from food comes from jumping into the comestibles category in February, with the acquisition of hemp food products purveyor Manitoba Harvest.

During the quarter, the company's costs rose largely because of investments in cultivation facilities. Of late, the company has been building out domestically in Canada, and internationally in Portugal for distribution to the European market.

On a conference call discussing the results, CEO Brendan Kennedy said Tilray plans to continue increasing revenue through acquisitions and strategic partnerships. It will also stick to its strategy of expanding its international presence; European Union countries like Portugal are a particular target for these ambitions.

Investors don't seem impressed by the company's Q2 performance. Tilray stock is down by over 8% in after-hours trading. Previous to this showing, it had declined by 38% so far year-to-date.