Curaleaf (OTC:CURLF) is rolling out an offering completely new to the sprawling Florida market: medical cannabis tablets. The company announced Thursday that this makes it the first supplier in the state offering such a product.

"[W]e are always looking for alternative administration methods to meet patients' needs," the company said in a brief press release trumpeting the tablets.

Curaleaf's tablets are designed for easy consumption. They are mint-flavored and are meant to dissolve in the mouth, plus they are slow-acting. For safety, they are packaged in child-proof containers like other types of medicine.

The news follows Curaleaf's opening of its 49th dispensary, and its 26th in the big Southeastern state. The company previously claimed that the former gives it "the largest cannabis dispensary footprint" in the U.S. Its 26 Florida stores offer relatively extensive coverage there; additionally, the company delivers its product free of charge. 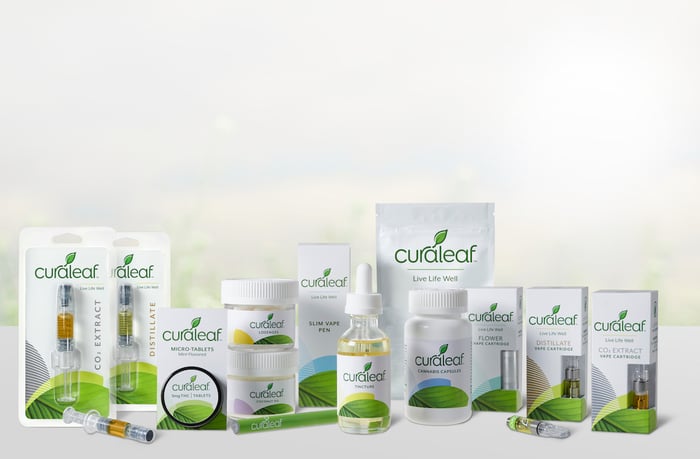 Recreational cannabis is not yet legal in the state. Cannabis for medical use was first legalized in 2014, albeit with strict parameters. After a series of fits and starts, early this year smokable forms of product were allowed for medical purposes.

From the start, dispensary operators entered the market in the hopes of being early movers. Even at this still-early stage, there is plenty of competition -- Curaleaf is attempting to carve out share in a field that is already crowded.

Just now the dominant Florida player is rival marijuana stock Trulieve Cannabis, which, according to Marijuana Business Daily, is tied for the lead in number of dispensaries (31) in the state. Trulieve also has a nearly 50% market share in both the milligram THC/CBD and smokable flower sales categories.

At the moment, 33 states plus the District of Columbia permit the sale and consumption of medical marijuana to various degrees. Of those, 11 states also allow some form of recreational cannabis.

Although this marks Curaleaf's inaugural sale of tablets in the state, it's not the first time or place it's stocked the product. This form of medical cannabis can be purchased from Curaleaf in New York, New Jersey, Connecticut, and Maryland. The company said in the press release that it has "plans to launch in additional states." It did not specify those locations.