There's pessimism, and then there's the latest analyst call on trendy imitation-meat company Beyond Meat (NASDAQ:BYND). While shares of the plant-based processed food company currently trade right around $150, analysts at Exane BNP Paribas slapped a price target of just $70 on the stock Monday morning. Naturally, that pessimistic price target comes with an underperform rating.

The driving force behind this bleak price target is competition. "While plant-based meats will grow rapidly, we believe that barriers to entry are negligible; we thus struggle to justify BYND's valuation," noted the analysts. 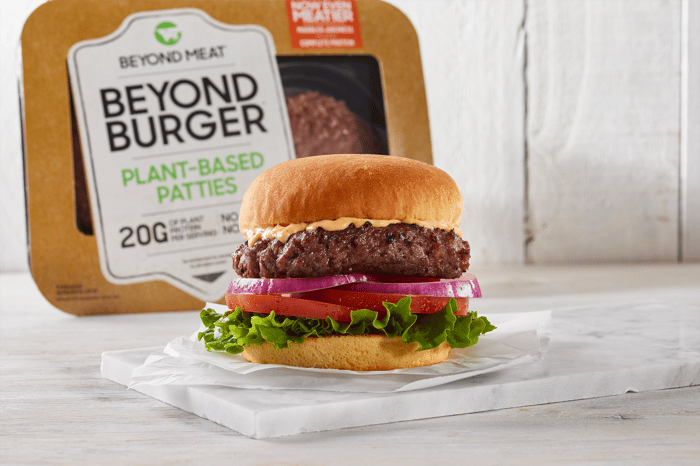 Beyond Meat is valued at roughly $9 billion, more than 37 times the company's guidance for full-year revenue. That's a dot-com-bubble valuation for a processed food company with a product that could very well turn out to be a fad. Tim Hortons greatly scaled back its Beyond Meat offerings last week, a sign that the initial buzz around meat substitutes could be fading.

And if fake meat isn't a fad, competition is indeed a major problem. A proliferation of plant-based meat products on grocery store shelves threatens to hurt Beyond Meat's sales. Products from Kellogg, Hormel, Kroger, Impossible Foods, and others will test whether Beyond Meat's brand means anything to consumers.

Given the stratospheric valuation and the slew of competition, that $70 price target might not be pessimistic enough.