The wireless giant will give its subscribers a free year of Disney+.

The No. 1 U.S. wireless carrier and Disney (DIS -1.72%) announced on Tuesday that millions of Verizon's customers would receive 12 months of Disney+ for free. Disney's upcoming streaming service will be made available to all Verizon wireless unlimited, new Fios Home Internet, and new 5G Home Internet customers.

Disney+ is scheduled to launch on Nov. 12. The streaming service will allow viewers to watch thousands of movies and TV shows from Disney, Marvel, Pixar, Lucasfilm, National Geographic, and other studios. This includes films from blockbuster franchises such as Frozen, Iron Man, Toy Story, and Star Wars. 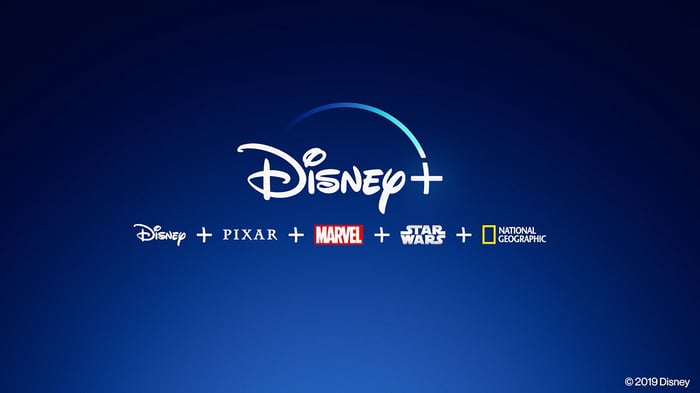 Moreover, Disney+ will be the only streaming service where viewers can watch the company's new films, such as The Lion King and Avengers: Endgame. Disney+ will also include more than 25 original series and 10 original films, highlighted by The Mandalorian, a highly anticipated new Star Wars show from executive producer Jon Favreau.

"The launch of Disney+ kicks off a new era of streaming for The Walt Disney Company, bringing nearly a century's worth of content from our iconic studios to consumers directly," Disney executive Kevin Mayer said in a press release.

When Disney+ launches in November, eligible Verizon customers will be able to activate their subscriptions and stream Disney's content on mobile devices and connected TVs.

"Giving Verizon customers an unprecedented offer and access to Disney+ on the platform of their choice is yet another example of our commitment to provide the best premium content available through key partnerships on behalf of our customers," Verizon Chairman and CEO Hans Vestberg said.

The partnership with Verizon is intended to help Disney quickly scale its subscriber base. The entertainment giant is targeting between 60 million and 90 million Disney+ subscribers by the end of fiscal 2024. It will likely need to aggressively promote its new streaming service if it's to achieve those targets. The deal with Verizon is a notable step in this regard. "We're excited to share this moment with Verizon and bring Disney+ to the millions of customers across its award-winning wireless network," Mayer said.

Disney is also pulling most of its content from soon-to-be rival Netflix (NFLX -1.85%). Some shows, like The Punisher, are currently still available on Netflix, but others, such as Star Wars: The Clone Wars, have been removed and will be available only on Disney+.

At $6.99 per month, Disney is pricing its streaming service significantly below that of Netflix, whose plans start at $8.99 and go as high as $15.99 per month. In turn, many analysts believe Disney+ will be a legitimate threat to the streaming pioneer, and some even say that Disney's new service could eventually surpass Netflix in total subscribers.