Please ensure Javascript is enabled for purposes of website accessibility
Log In Help Join The Motley Fool
Free Article Join Over 1 Million Premium Members And Get More In-Depth Stock Guidance and Research
By Eric Volkman - Oct 22, 2019 at 9:18AM

Shares will be released on a timetable that ends in March 2021.

One important concern investors have about marijuana stock Curaleaf Holdings (CURLF -1.15%) seems to have been swept away. The company announced on Monday that its "core" shareholders have signed an agreement to extend the stock's lockup period.

Curaleaf said that the shares will be "unlocked" under a release schedule. As of Monday, a maximum of 15% of previously locked shares could be sold. On the final day of every subsequent calendar quarter, an additional 15% will be released. Finally, on March 31, 2021, the last release will let go of the remaining 10% of locked shares. 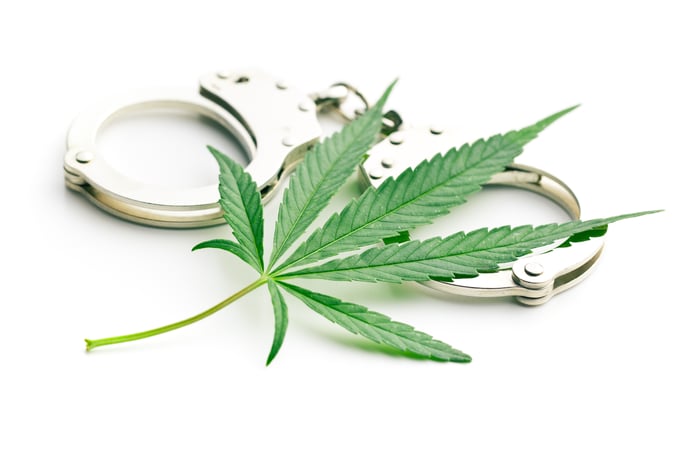 A lockup period is a stretch of time during which shares in a company that has gone public cannot be sold by insiders. Lockups can be mandated by law for stocks that have undergone the IPO process or agreed to by the shareholders subsequently. They are put in place to help prevent insiders from unloading shares as soon as possible and risking a broader sell-off throughout the stock market.

In the press release announcing its move, Curaleaf said that the key shareholders' approval "signals their ongoing support for the Company."

"We expect the new lock-up release schedule to reduce uncertainty regarding the release of currently locked-up shares and provide for a more orderly increase in the available float in the Company's shares," Curaleaf continued.

The company said that all "core" stockholders have indicated they will not sell any of their shares, even though they are now permitted to begin doing so. Those investors comprise around 75% of issued and outstanding Curaleaf stock, the company said.

This is not the first time that Curaleaf has stretched out its lockup period. In March, the core shareholders entered an agreement to lock up 249 million shares until Oct. 20. That number was around 81% of the total outstanding.

Extensions are not unusual in the still-very-young marijuana industry, which is full of businesses that only recently became publicly traded companies.

Several months before the aforementioned Curaleaf extension, Tilray's (TLRY) major stockholder stretched its lockup period into the second half of this year. It subsequently reached another agreement with that stockholder for it to sell its holdings only if certain conditions are met across a two-year time frame.

Tilray's and Curaleaf's peer Trulieve Cannabis (TCNNF 0.55%) has made two extensions this year, the latest of which locks up Trulieve's subordinate voting shares until July 25, 2020.

Smaller Curaleaf shareholders did not seem to be surprised or impressed with the new lockup period extension. The company's stock closed down by over 2% on Monday. Fellow "unlocker" Tilray, however, was up 5%, while Trulieve ended the day marginally higher.