Marijuana stock Tilray (NASDAQ:TLRY) is now one step closer to its ambition to be a cannabis supplier throughout the globe.

It announced that it has exported medical cannabis extracts to Switzerland, the first time the landlocked European country has received such goods from Tilray. The company did not specify details about either the product or the amount it shipped.

With the shipment, Switzerland becomes the 14th country to obtain medical cannabis from Tilray, the company said. It acted fast to get a toehold in that market, having received both import and export permits for its wares earlier this month. The inaugural shipment of medical extracts landed in Switzerland last Friday (Dec. 13). 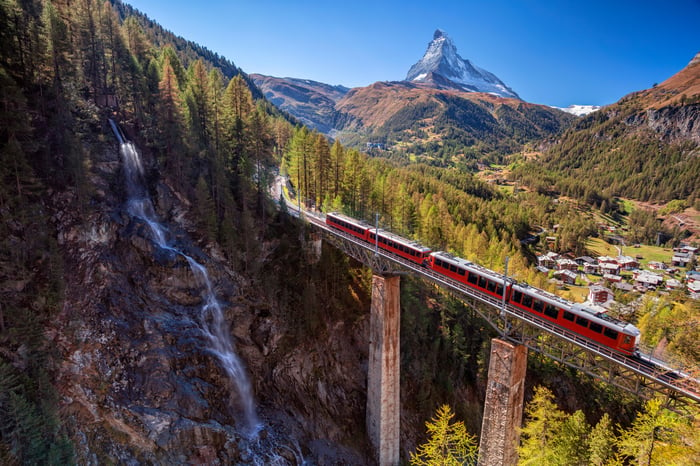 Tilray said it plans on also shipping dried medical cannabis to the country. It did not provide a time frame or volume estimate for this, however.

Such volume is likely to be very small. Switzerland is not very permissive of cannabis. Adult use is still largely illegal, with the exception of goods using plants that contain an extremely limited amount of tetrahydrocannabinol (THC), the compound that gets a user high.

Outside of GW Pharmaceuticals' product, special authorization for other medical cannabis treatments can be granted by the government's Federal Office of Public Health. Such authorization can only be requested by a doctor, and the patient must consent to the prescription.

Regardless, Tilray indicated that it is far from done trying to blanket the world with its brand. In the press release heralding its new market, it wrote, "We're proud to deliver Tilray's medical cannabis to Swiss patients in need as we continue our expansion into Europe and around the globe."

The company has positioned itself to supply the European market with the opening of its European Union (EU) campus in Portugal earlier this year. The company can grow, research, manufacture, and distribute medical cannabis from the facility. In September, Tilray signed its first deal to ship product from this campus, a $3.3 million arrangement with a medical cannabis importer in Germany.