Even with the global economy expanding almost 3%, the International Energy Agency said global emissions held steady. Separately, the agency said it expects global oil demand will fall in the first quarter of 2020.

In two separate reports, the International Energy Agency made two surprising announcements this past week. The first came on Feb. 11, when it reported that global carbon dioxide emissions were essentially flat in 2019 from the prior year.

The second announcement came in the IEA's monthly oil market report for February, when it said it now expected global oil demand would fall by 435,000 barrels of oil per day in the first quarter of 2020. 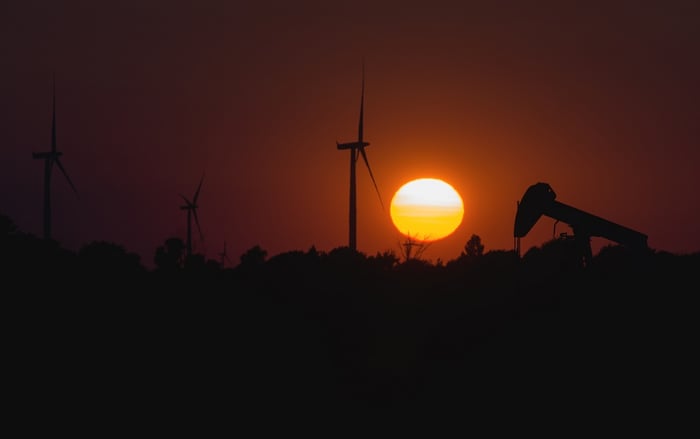 This announcement was unexpected, as the global economy grew almost 3% in 2019.

The biggest sources of decline came in the power sector, where a combination of renewable energy and natural gas took up the slack from reduced use of coal. The IEA also pointed to increased usage of nuclear in parts of the developed world as helping to offset increased carbon emissions in developing economies that increased their carbon emissions.

Despite being unexpected, carbon emissions holding steady -- or even declining from one year to the next -- isn't unprecedented. Data shows that global emissions held steady from 2015 to 2016, after having declined slightly in the two years prior.

It's been more than 10 years since quarterly global oil demand declined, but the IEA expects that will happen in the first quarter of 2020, according to its February oil markets report. The report called out China as the main reason why, with the "widespread shutdown of China's economy" as that country acts to limit the spread of the novel coronavirus.

Coronavirus has infected more than 64,000 people and killed nearly 1,400 as of Friday afternoon. The impacts on China's economy continue to grow as more companies take steps to reduce the risk of spreading the disease. For example, Hilton Worldwide recently announced it would temporarily close 150 hotels in the country.

Crude oil prices have already been hit hard this year as traders worry about the impact of coronavirus, so the IEA's projection wasn't particularly surprising news. Crude oil prices have fallen more than $10 per barrel since early January, down 24% from the peak to recent lows. How long -- and how big -- the impact coronavirus will have remains to be seen. There's no clear end in sight, with no vaccine likely to be available anytime soon.