You could potentially save thousands of dollars in interest by making this smart money move.

Nearly everyone carries some form of debt, whether it's a mortgage, student loan, car loan, or credit card debt.

However, not everyone fully understands how their debt affects their finances -- or whether they're in debt at all. A survey from U.S. News & World Report found that one in five U.S. consumers isn't even sure whether they carry debt or not, and of those who do have credit card debt 30% don't know what they're paying in interest. 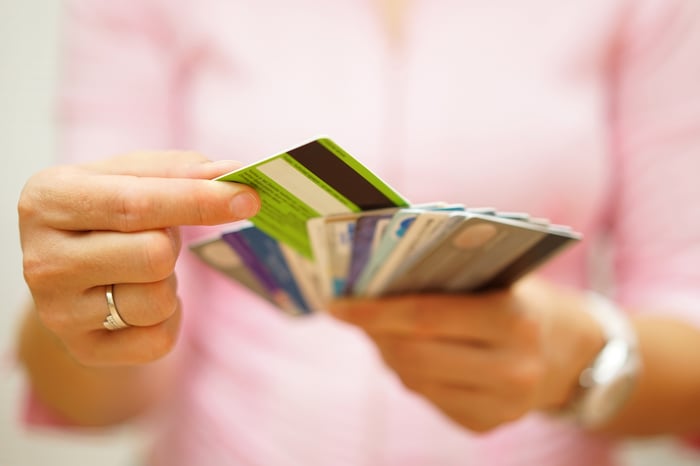 The survey also found that nearly a quarter of those with credit card debt carry a balance of more than $10,000. With a balance that high, you could rack up thousands of dollars in interest charges -- especially if you're only making the minimum payment each month.

If you're drowning in debt and are struggling to pay it down, you may think you have no choice but to slowly chip away at it for years, accumulating loads of interest along the way. However, there is a simple and easy tool that can reduce your interest rate and quickly pay off your debt: the balance transfer card.

What is a balance transfer card?

Nearly half (48%) of consumers with credit card debt have never used a balance transfer card according to U.S. News & World Report. So if the term is unfamiliar, you're not alone.

With a balance transfer card, you're simply transferring your existing credit card balance to a new card. As incentive to transfer, the new card will offer an introductory period (typically 12 to 21 months) where you're charged an interest rate as low as 0% APR. So if you move your balance to a new card offering 0% APR, all your payments during the introductory period will go directly to your outstanding balance -- not interest charges. As a result, you can eliminate (or at least significantly lower) your credit card debt within a year or two and end the debt cycle once and for all.

Balance transfer cards are a powerful tool to have in your toolbox when chipping away at debt, but it is important to fully understand how they work so you're not hit with unexpected fees or other surprises.

Most balance transfer cards will require some type of fee to move your money to the new card, which is typically between 3% and 5% of the amount you transfer. So if you're transferring $10,000 to your new card and you're charged a transfer fee of 5%, that's a $500 fee right off the bat. Before you sign up for a new card, be sure to read the fine print to avoid getting hit by a surprise charge.

Conquering credit card debt once and for all

If you've found a new card with terms you like, the next step once you've made your transfer is to work as hard as you can to pay off the entire balance before the introductory period ends. Otherwise you'll be back to paying a high interest rate, and it will be harder to pay off your debt completely.

Some people with a lot of credit card debt will simply surf between balance transfer cards, signing up for a new card as soon as the introductory period on their current card ends. In theory, that sounds like a smart idea. If you continue to move your balance to new cards with 0% APR introductory offers, you can take your time paying off debt while still avoiding interest payments.

There are a couple potential problems with this approach, however. First, if you have to pay balance transfer fees, even if you're not paying interest, you could still end up paying hundreds or thousands of dollars in fees over time. And second, opening multiple credit cards in a relatively short period of time won't do your credit score any favors. If you're signing up for a new card every year, your credit score will take a beating. And if your score dips too low, credit card companies may be unwilling to let you open a new account.

In addition, it's not ideal to procrastinate when paying off debt because you never know when unforeseen circumstances will arise. For instance, you may be surfing between balance transfer cards and land on one with a 22% go-to rate. That's no problem, you think, as you'll simply open a new card once your introductory period ends. But after opening so many cards, your credit score has dropped enough that you don't qualify for any other offers -- so you're stuck with your current card and its sky-high rate. Then on top of that, if you're hit with a sudden financial emergency like an illness or accident and can't afford to pay for it, you may have to add those costs to your credit card balance. Now you're not only stuck with a high-interest credit card, but your balance is higher than ever, too. In this type of situation, prolonging paying off your debt in the first place can just lead to more problems.

Debt can be a tricky topic, and there are plenty of sketchy offers out there that promise to help you get out of debt free and solve all your problems. A balance transfer card really can help solve some of your financial problems and eliminate debt once and for all -- but only if you use it effectively.