Please ensure Javascript is enabled for purposes of website accessibility
Log In Help Join The Motley Fool
Free Article Join Over 1 Million Premium Members And Get More In-Depth Stock Guidance and Research
By Donna Fuscaldo - Feb 24, 2020 at 9:05AM

Despite a booming job market and an uptick in wages, many people struggle to save -- including those making more than $100,000 a year.

Unemployment is low and wages are rising, yet legions of people are finding it difficult to save money. It's not just low- and moderate-income workers: It's also happening to those making six figures.

According to a new survey by global insurance and consulting company Willis Towers Watson, 18% of employees making more than $100,000 a year live paycheck to paycheck. A total 38% of survey respondents live that way, while 39% would be hard-pressed to come up with $3,000 if an emergency or unexpected event were to arise.

That doesn't bode well for retirement, which can easily last more than 20 years. The survey found 70% of employees are saving less for retirement than they think they should, while 64% think their generation will be worse off than their parents when it comes time to retire.

"Many employees are struggling with their financial situation even as the job market and economic conditions improve," said Steve Nyce, senior economist at Willis Towers Watson, in a press release announcing the study results. "Some employees struggle to pay for their basic needs, including healthcare, while others are falling behind in saving for retirement."

For workers in financial difficulty, whether they make $30,000 or $100,000 a year, setting aside money for an emergency -- let alone retirement -- is seemingly out of the question. But it's not: There are ways to put money away without overhauling your entire lifestyle. 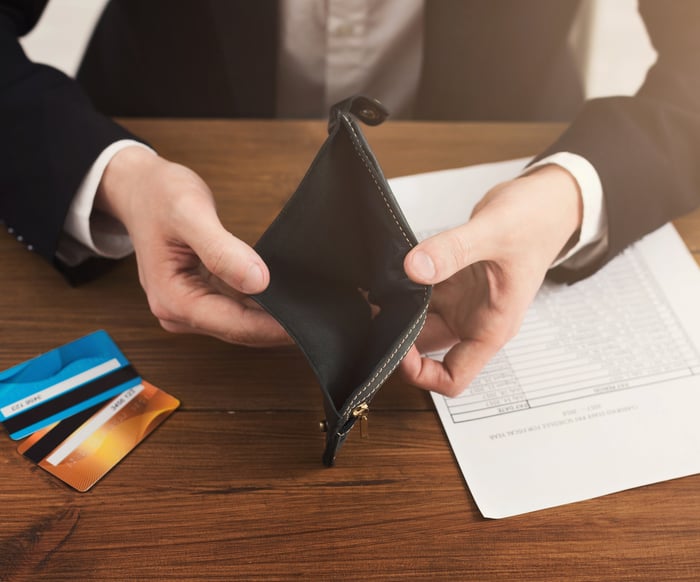 Take stock of your subscriptions

Anyone looking to save money is told the first thing to do is rein in spending -- if that means selling the car and walking to work, so be it. People are often encouraged to take drastic steps that are too hard to commit to. This exercise is usually futile, leaving them frustrated and demoralized.

A better approach is to identify ways to cut costs without overhauling your lifestyle too much. Subscriptions are a great place to start. According to a recent study conducted by West Monroe Partners, a management and technology consulting firm, 84% of consumers underestimate what they spend on subscription services -- whether it's streaming video or mobile-phone service.

Many consumers have several subscriptions at once, making it easy to lose track of them all. If this sounds familiar, it's time to take inventory of your subscription spending. You may be subscribing to services you don't use, or simply forget to cancel.

Pore over your credit cards, bank statements, and digital wallets to identify all recurring fees. If there are subscriptions you don't use or are redundant, cancel them. For the remaining ones, check your plan: You might be paying for streaming on four devices, but only need it on one. With the average household spending $465 a year on retail product subscriptions alone, the savings can quickly add up.

Shop around for your recurring expenses

The same strategy can be applied to other expenditures, whether it's your car insurance or banking. Many consumers take out an auto, homeowners, or health insurance policy and never look back; they stick with the same vendors for years without realizing there are lower-cost options. Financial technology start-ups are disrupting all areas of personal finance, making it cheaper to bank, invest, and purchase insurance -- but many consumers don't know that.

Rein in your habits

Cost savings can also be found by curtailing some of your behaviors or adopting new ones. Shutting off the lights when you leave a room and lowering the heat a few degrees can save you money on your utility bills. Forgoing pricey store-bought coffee and brewing it at home, skipping the gym for a jog, and cooking instead of eating out are all low-effort ways to slash costs and build a nest egg. Even if you shave off a mere $50 a month, it's still money saved -- and after a year, that amounts to $600.

Breaking the paycheck-to-paycheck cycle falls largely on employees, but there are things employers can do to help. According to the survey, employees who are provided tools and resources to improve their financial well-being are better off than those who are not. Close to 70% of survey respondents who were given access to four or more tools and resources said their finances were on the right track; that compares to 51% who didn't have the same resources.

"We believe, with the right actions and insights, employers can help lower the financial risks that workers face," said Shane Bartling, senior director of retirement for Willis Towers Watson. "Access to the appropriate benefits and decision tools is a great start."