Please ensure Javascript is enabled for purposes of website accessibility
Log In Help Join The Motley Fool
Free Article Join Over 1 Million Premium Members And Get More In-Depth Stock Guidance and Research
By Christy Bieber - Mar 14, 2020 at 6:03AM

Recently, I had to get new tires on my car after a routine oil change led to a warning that my treads were low. This unexpected expense cost me over $600. Fortunately, I had an emergency fund to cover it.

For millions of American families, however, that news about the tires could have turned into a small financial crisis. That's because just over four in 10 households do not have the funds to cover a $400 expense, according to the Center for Retirement Research.

It's not just lower-income Americans who would struggle to come up with these funds either, although it's true that they'd have the hardest time. Families across all income levels are lacking the money to pay for even small unexpected expenses that crop up. And this can be a big problem because it could lead to taking on debt that's costly to repay. 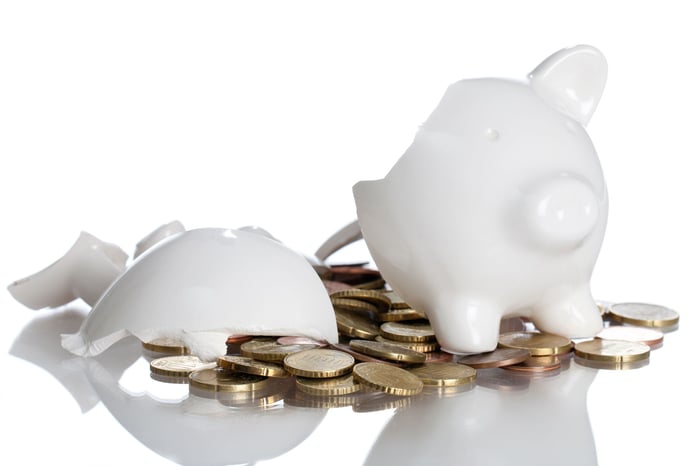 How many Americans can't cover a $400 expense?

Having less than $400 in your checking account is clearly a pervasive problem, with even many wealthy families on the upper end of the income scale lacking in spare cash. Every one of these families is in a precarious position, as unexpected expenses will crop up -- and often do so regularly for many families.

How to make sure you can cover unexpected costs

If you're one of the Americans unable to cover a $400 expense, saving up an emergency fund is essential to break the paycheck-to-paycheck cycle and avoid going into debt when anything goes wrong.

Your emergency fund should ideally have much more than $400 in it. In fact, you should aim to save up enough to cover three to six months of living expenses so you're well prepared even for big emergencies.

Of course, if you're working on other goals such as paying down debt, saving so much may not make sense while paying your creditors interest. In that case, a smaller emergency fund of anywhere between $500 and $2,000 could give you the cash you need to cover most surprise expenses while still allowing you to focus on climbing out of debt ASAP.

Your emergency fund should be in a high-yield savings account where it can earn the highest interest possible but still remain accessible. While it can be difficult to find the cash to put into savings, cutting some discretionary expenses from your budget in the short term could help. Take a close look at your expenditures to find places you can reduce costs. And if you don't have a budget, tracking your spending and making one could help you free up cash to save.

Depositing found money into your savings account, such as from a tax refund or bonus at work, could help build your fund up more quickly as well. And if you really want to supercharge your savings, working a side gig for a few hours a week could be the way to go.

Don't live life on the edge without an emergency fund

While saving up an emergency fund undoubtedly takes a lot of effort, it's absolutely worth doing. You don't want to be among the American households who would have a hard time coming up with $400 if something unexpected happens to you.

When you make the sacrifices necessary to save up for emergencies, next time your car needs new tires or your kids need a trip to the doctor, you'll have the peace of mind of knowing the money is right there in your bank account ready for you.