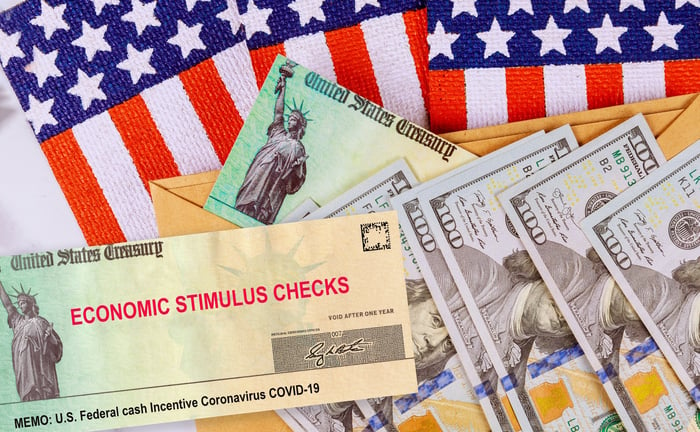 Prior to the election, the likelihood of another coronavirus stimulus bill was rising. Key Trump officials offered a relief package worth as much as $1.8 trillion, while Democrats held firm at providing no less than $2.2 trillion in aid. Despite this wide gap, lawmakers had moved much closer together from their original offers, and it seemed there was a good chance a deal was finally within reach.

Now it appears bipartisan negotiations have fallen apart. Treasury Secretary Steve Mnuchin, the key White House negotiator, is no longer in talks with House Speaker Nancy Pelosi. Instead, he is working with Republicans to propose a scaled-down, "targeted" stimulus bill.

Secretary Mnuchin said he hopes the proposed plan can pass with Democrats' help, and that he intends to bring Speaker Pelosi and Senate Minority Leader Chuck Schumer to the table at a later point. However, the focus of his efforts now is hammering out a scaled-back plan with Republicans to present to leadership on the left.

The issue is that Democrats have repeatedly rejected just such narrow stimulus packages. There's little reason for optimism that lawmakers will provide the relief Americans so desperately need.

Secretary Mnuchin indicated on Friday that stimulus talks were planned for that day with the White House chief of staff, as well as Senate Majority Leader Mitch McConnell and House Minority Leader Kevin McCarthy. The goal of that discussion was reportedly to develop a plan to work with Democrats on the targeted relief bill.

Mnuchin's new focus on "targeted" relief -- instead of the broader aid he offered prior to the election -- is in keeping with a changed directive from President Donald Trump. The president urged the passage of a "generous" stimulus bill pre-election. Post-election, he is still calling for a "big" bill, but he also tweeted that he'd prefer it to be "focused."

Senator Mitch McConnell also made clear that Republicans in the upper chamber of Congress have no appetite for a large-scale relief bill. The GOP leader criticized Democrats for their insistence on providing "huge sums of money for state and city governments with no linkage to demonstrated COVID needs," singling out requests for state and local government funding as a key obstacle in passing more COVID relief.

In a recent press release, McConnell voiced support for a second round of Paycheck Protection Program funding, as well as money for the medical system, including for vaccine distribution. These types of relief have made their way into past "skinny" bills the GOP proposed, along with a narrow expansion of unemployment benefits and some funds for schools to facilitate in-person instruction. At least some of these types of aid are likely to find their way into any plan the Republicans hammer out.

The problem is that all past "skinny" bills were roundly rejected by the left, and there's little reason to believe the outcome will differ this time, despite President-elect Joe Biden urging lawmakers to pass some type of stimulus bill quickly, before Inauguration Day in January.

With Republicans scaling back their proposed stimulus plans and developing a narrow bill that's likely doomed, the chances of more COVID-19 relief are dwindling.

And after Inauguration Day, there's no clear sign that the stalemate will break, especially with Biden emphasizing in his transition plan the importance of state and local funding, which Republicans have made clear is a dealbreaker.

All of this means Americans shouldn't count on more stimulus money in their bank accounts. There also may not be a quick fix for millions of people set to lose unemployment benefits the day after Christmas, when expanded benefits authorized under the first coronavirus relief act run out.