At a time when so many people are reliant on pharmacies, this reads like a surprise move.

At first glance, it would appear as though CVS (CVS -0.83%) is having a pretty good year. The pharmacy chain's stock price is up roughly 41% from a year ago, and recently, it enjoyed better-than-expected revenue as per its quarterly earnings report.

While the COVID-19 pandemic may have hammered retailers across the board, CVS emerged as an essential stop for testing as well as vaccines. That's undoubtedly driven a lot of foot traffic to CVS stores this year and helped the pharmacy giant -- and its shareholders -- enjoy a solid third quarter.

But despite its success, CVS is actually planning to close a large number of its stores. And that could be pretty bad news for real estate investors. 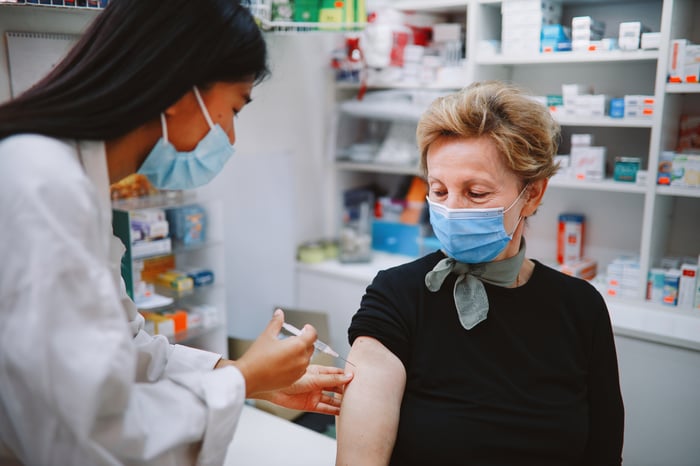 In the next three years, CVS has plans to shutter 900 stores, roughly 10% of its total footprint. And given that CVS has made a name for itself as a vaccine hub, that's somewhat surprising.

On the other hand, in many markets, CVS stores have the potential to compete with each other. And so part of the company's recent strategy involves shuttering locations to avoid too much overlap.

But there's another reason the company is seeking to close stores. Some CVS pharmacies are in such bad shape that shutting them down may read like an easier, more cost-effective alternative to renovating them.

Should real estate investors be worried?

CVS shareholders should be breathing easy after the company's most recent earnings report. But real estate investors may be less than thrilled with the idea of CVS closures.

CVS commonly serves as a shopping center anchor, drawing in consumers and enticing other tenants to sign leases to benefit from proximity to a well-known brand. If too many CVS stores shutter, commercial landlords could be left with a string of vacancies to fill. And seeing as how many shopping centers are still grappling with vacancies in the wake of the pandemic, that's not a good thing.

The silver lining, though, is that while CVS may be shuttering some less desirable and underperforming locations, it recently launched its first virtual primary care service. That could drive more people into its remaining stores as patients follow up on the care they receive online.

CVS also plans to remodel some of its existing stores to include more health-service offerings. And if it does a great job of getting people in the door, it could seek to expand its footprint once it sees which services seem to be gaining the most traction.

Finally, like it or not, COVID-19 booster shots could become an annual event, similar to how flu vaccines are administered yearly. And that, too, is apt to help CVS maintain a steady flow of foot traffic, thereby helping to ensure that its remaining locations stay relevant. In fact, the shopping center vacancy crisis could end up somewhat resolving itself if CVS sees enough volume to warrant expanding some of its existing stores and taking over the space other tenants don't seem to want.