Please ensure Javascript is enabled for purposes of website accessibility
Log In Help Join The Motley Fool
Free Article Join Over 1 Million Premium Members And Get More In-Depth Stock Guidance and Research
By Todd Campbell - Updated Jan 30, 2018 at 6:37AM

The short answer for most Americans is "no," but like most things in life there's a bit more to the story.

Working into your 60s can provide additional peace of mind, but it's important to know the rules surrounding work and Social Security income, especially if you plan on taking Social Security early. 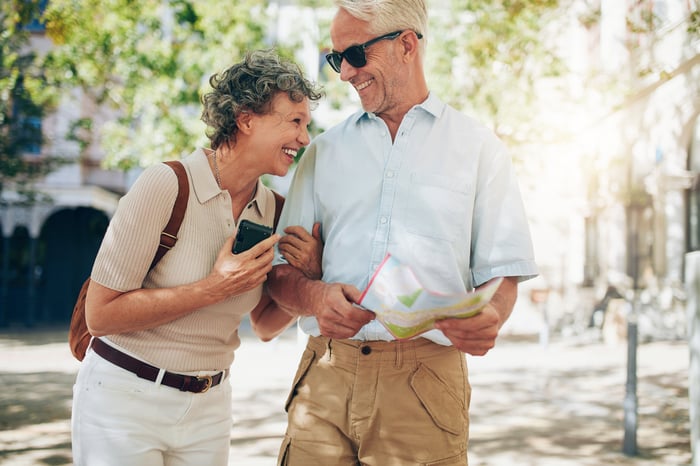 As pensions disappear and retirement savings fall short, older Americans are working later in life. According to the Bureau of Labor Statistics, the percentage of people over 65 who continue working has increased to 19.3% from 12% in 1990, and the percentage of seniors who will be working beyond age 65 will climb to 21.8% in 2026.

In part, people are working later in life because they're healthier in their 60s than they've ever been before. However, a large number of would-be retirees are working longer because their retirement savings have come up short, and their Social Security income is too small to cover their expenses.

Those are sobering revelations considering the Bureau of Labor Statistics estimates the average American over age 65 spends $41,403 per year.

If you're working, are under your full retirement age, and are collecting Social Security based on your employment history, then Social Security will reduce your payment by $1 for every $2 you earn above $17,040 this year.

For example, Jim and Kathy are a married couple entering their golden years. Jim is 62, plans to continue working part-time, and is electing to take his Social Security early. Jim expects to earn $20,000 in wages from his part-time job this year.

However, since the Social Security income limit applies only to Jim's earnings, Kathy's $20,000 in earnings will have no impact on the amount he receives from Social Security.

It may also be helpful to know that if Kathy collects spousal Social Security benefits under Jim's employment record, rather than her own record, then Jim's wages would cause both his and her Social Security checks to be reduced.

Oh, and all income isn't equal

Social Security doesn't include dividend income, interest, pensions, government payments, investment earnings, or capital gains when it's calculating your income to determine the amount it will reduce your payment. It only includes wages from an employer, or net earnings if you're self-employed. Social Security will, however, count contributions to a pension or retirement plan if it's included in your gross wages.

If your situation is complicated or you're still unsure of how Social Security limits may affect you, contact Social Security or your tax planning professional for additional insight.