Please ensure Javascript is enabled for purposes of website accessibility
Log In Help Join The Motley Fool
Free Article Join Over 1 Million Premium Members And Get More In-Depth Stock Guidance and Research
By Selena Maranjian - Jun 13, 2016 at 6:01AM

If you don't want to see any cuts to the program, you might want to worry at least a little.

That's a harder question to answer than you might think, because Trump hasn't been very consistent in his views on Social Security. As Jim Geraghty noted in National Review last month, "Within 24 hours of becoming the presumptive Republican nominee, Donald Trump had reversed his positions on tax increases, paying down the debt, raising the minimum wage, and self-financing his campaign. It was a busy day."

Still, it's instructive to review things he has said about the program, as they can offer a little insight into his thinking. Keep in mind that in general, Republican positions on Social Security range from reducing benefits to raising the retirement age to reducing the Social Security tax rate to even privatizing the system. (Democrats, including President Obama, have called for expanding the program.)

What Donald Trump has said about Social Security

I tried to find mentions of Social Security on Trump's campaign website, but I didn't see it among the topics he addressed there -- among them "The Trade War," "Illegal Immigration," "The Economy," "Political Correctness," "Live Free or Die," and "Competent Leadership."

Fortunately, others have been keeping track of his words. Back in 2000, in his book The America We Deserve, Trump compared Social Security to a Ponzi scheme, suggesting that it should be privatized and that the retirement age should be increased.

During a Republican debate in March, Trump reportedly said, "It's my absolute intention to leave Social Security the way it is," adding, "I want to make our country rich again so we can afford it."

In a 2015 debate, when asked about limiting Social Security by income, he said, "As a policy, I would leave it up to the people," adding: "Don't forget they pay in, and maybe they do well, and maybe some people want it. But the fact is that there are people that truly don't need it, and there are many people that do need it very, very badly." 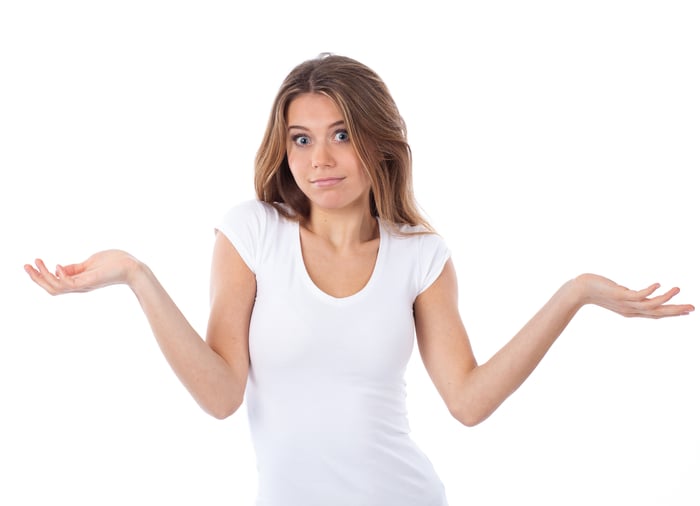 We don't really know what Donald Trump would do to Social Security. Image source: Getty Images.

Trump's words might be reassuring, but we shouldn't just accept them at face value. Here are some reasons to worry:

What you can expect

Given all of this, what is likely to happen to Social Security should Donald Trump be elected president? Until he releases a firm plan for this vital program, we have no way of knowing.