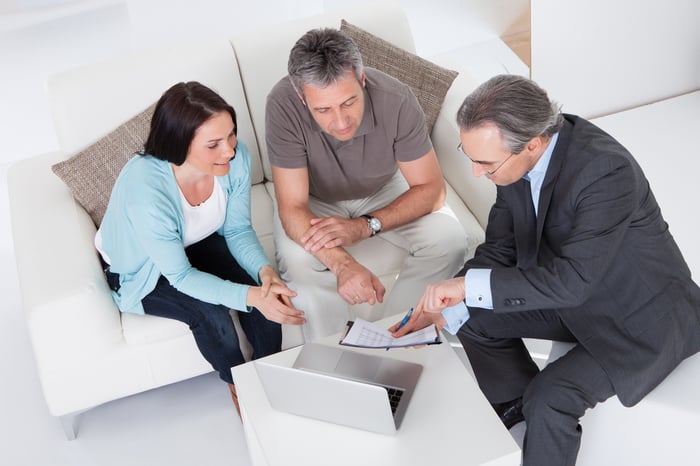 This is the Part 3 of a six-part series on annuities. Part 1, an introduction to annuities, can be found here.

Longevity is generally considered a blessing. But what if you live so long that you run out of money?

But even as Americans are living longer, many can no longer count on the steady flow of a pension that provides lifetime income. Instead, Americans are increasingly shouldering the responsibility of crafting their own retirement income streams to supplement their Social Security benefits.

Enter deferred income annuities (DIAs). Sometimes called longevity insurance, DIAs can serve as a pension for those seeking a set amount of guaranteed income in their later years. DIAs should not be confused with deferred fixed income annuities.

Think of DIAs as immediate annuities with a delayed payout phase. In both cases, you hand over a sum of money to an insurance company in exchange for a fixed payout for the rest of your life.

The upside of waiting: Payouts from deferred income annuities are generally larger than what one would get with an immediate annuity, albeit generally for a shorter length of time.

"The longer you wait, the higher the payments," said Michael Finke, a professor of personal financial planning at Texas Tech University, who has conducted DIA research funded by insurance companies.

Why are the payouts often bigger? One reason is that some people who purchase these types of annuities pass away sooner than expected. In the absence of a rider providing otherwise, the excess premiums that individual paid don't go to the individual's heirs. Rather, the leftover payments, called "mortality credits," remain in the "mortality pool" and increase the pot for individuals with longer life spans. At the same time, the deferral period allows insurance companies to invest the premiums at a higher rate of return.

In recent years, the U.S. Treasury Department has taken steps to make it easier for investors to consider deferred income annuities by changing some rules to make them accessible via 401(k) and IRA accounts.

An individual is allowed to take a portion of a 401(k) or traditional IRA, and use it to buy a Qualified Longevity Annuity Contract (QLAC). The value of the QLAC is excluded from the retirement account balance used to determine required minimum distributions that must be taken when a person reaches 70 1/2.

The rule allows up to 25% of balances from qualified retirement accounts, or $125,000 (whichever is less), to be used to purchase a QLAC.

"As boomers approach retirement and life expectancies increase, longevity income annuities can be an important option to help Americans plan for retirement and ensure they have a regular stream of income for as long as they live," said J. Mark Iwry, senior advisor to the secretary of the Treasury and deputy assistant secretary for retirement and health policy when QLACs were launched.

Sales of DIAs have soared from $200 million in 2011, to $2.7 billion in 2015, according to LIMRA, as more insurance companies have entered the market and as aging baby boomers have sought ways to supplement their retirement income.

Here are some other things to consider if you're thinking about buying a DIA:

Once you hand over the money, you can't get it back

Purchasing a DIA is generally an irrevocable decision. A person is trading liquidity—that is easy access to their cash -- for the promise of a payout in the future. As a result, the decision requires careful consideration.

"It's important that investors carefully consider whether they will need that money at some point in the future," said Dan Sibears, executive vice president, regulatory operations/shared services at the Financial Industry Regulatory Authority.

"If I don't have access to this money, what are the consequences?" he asked.

Your heirs could be out of luck

Most DIAs don't pay your heirs if you pass away before you reach the age when you would have received benefits.

You can purchase a rider that allows your heirs to receive a death benefit. But the trade-off is lower payments.

Generally speaking, payments from DIAs are not adjusted for inflation, meaning the value of your payout could be eroded over time.

You can purchase an inflation protection rider, but once again this guarantee will erode your payments.

As is the case with any type of annuity, you're depending on the insurance company's ability to make good on its promises.

Though investors in annuities are protected by state guaranty funds if the issuer of the annuity fails, it's important to investigate the financial stability of the insurance company backing the contract before you hand over your money, and to look into the guaranty in your state. The maximum liability for the present value of an annuity contract varies, but is generally between $100,000 and $300,000 in most states.