Homeownership is a strong indicator of wealth for retirees, but a house can be a financial buffer or a burden.

It can be hard leaving memories behind, but downsizing could be the best retirement decision you make. Image source: Getty Images.

As the baby boomer generation enters its golden years, tens of thousands of Americans reach retirement age every single week. For many of these new retirees, their home is their greatest financial asset. According to Boston College Center for Retirement Research, more than 80% of Americans over 65 owned their homes in 2010.

If you're about to retire, there are some things you need to know about housing first. Not only could they help you start retirement on the right foot, but they could also keep you from making a mistake in retirement that you don't even know you're making.

1. Homeowners tend to have more wealth than non-homeowners, even excluding home equity As you can see, the median net wealth for households aged 50 and over was significantly higher among homeowners than among renters. Note that the homeowners' wealth came primarily from sources other than home equity; homeownership correlates to a higher net worth, but it's not the cause. But homeownership is also associated with other benefits besides sheer wealth.

According to the Harvard study cited above, homeowners are far less likely than renters to be burdened by high housing costs.

This is especially true for homeowners without mortgages, but it's also the case, though to a lesser extent, for homeowners who have mortgages and are near retirement age. Even when factoring in maintenance, upkeep, and property tax costs, homeowners almost always come out ahead in retirement compared to renters. While homeowners still paying a mortgage don't see as much of a benefit as those who have paid off their homes, there is still a correlation between homeownership and lower housing-related cost burdens.

In other words, statistically speaking, you're probably more prepared for retirement if you own a home, as your lower housing costs will allow you to retain more of your wealth as you age.

3. Home equity can be a financial lifeline in retirement

According to the Harvard study, the median 50-and-over household had $111,000 in home equity in 2010. This home equity can be particularly important for retirees, especially late in life. Not only are people far more likely to face higher health-related costs later in life, but savings balances tend to be much lower among retirees in their late 70s and up. Being able to tap your home equity can make a major difference in your ability to pay for care and other retirement expenses.

There are two main ways to tap home equity:

If you want to remain in your home, then a reverse mortgage could be ideal. However, this option comes at the cost of interest and fees, which eat into the equity that could be available to you.

You may also find that your current home isn't ideal for an aging retiree. It could be bigger than necessary, it may prove unfit for an elderly person, or it may cost a lot to maintain, heat, and cool. If this describes your situation, then downsizing into a smaller home will not only let you cash out your equity -- up to $500,000 in tax-free income in many cases -- but also reduce your property taxes, energy bills, and maintenance costs. It could also lower the cost of any accessibility upgrades you may need as you get older.

4. Your home could be a liability, too

Although homeownership can raise your quality of life and your household wealth, older Americans' housing debt is rising rapidly. According to the Harvard study, over 70% of households aged 50-plus still had a mortgage in 2010, compared to 62% in 1992. Even more concerning, twice as many 65-plus households were still paying a mortgage in 2010 versus 1992. There's no getting around it: Carrying more debt into retirement will mean having less income left for other expenses. It could mean faster depletion of other assets, which could leave you more vulnerable later in life when you need those assets to pay for care. 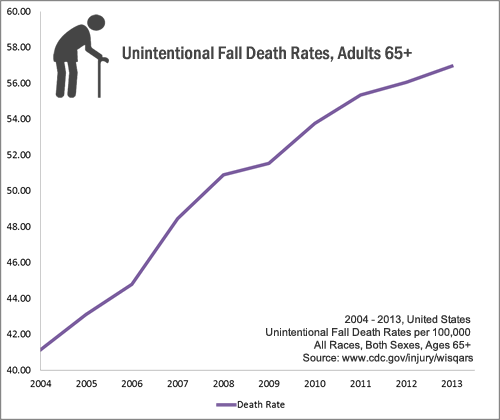 There are also health risks associated with living in an older, bigger home. As mentioned above, the house you raised your family in may be less than ideal to retire in, especially if it has stairs, doorways too narrow for a wheelchair, or other aspects that could make it harder to navigate as you age. Considering that falls are the No. 1 cause of injury to seniors in the U.S., it's important to consider whether your current house is really suited for your retirement.

Here are a few statistics on falls among the 65-and-up population:

Furthermore, if a fall leaves you in need of non-skilled care such as help with daily activities at home, Medicare won't cover these costs.

Make sure your home is an asset, not an albatross

Whether you seek a stronger financial situation, better quality of life, or some combination of both, it's important that you take a hard look at your housing situation before you retire. Not only can the cost of housing today have a big impact on your ability to afford a quality retirement later, but making sure you're in the right home can help you enjoy the happy, active retirement you desire.