Please ensure Javascript is enabled for purposes of website accessibility
Log In Help Join The Motley Fool
Free Article Join Over 1 Million Premium Members And Get More In-Depth Stock Guidance and Research
By Maurie Backman - Aug 15, 2016 at 7:02AM

There's a good chance beneficiaries will see a small bump in benefits -- but it won't be reason to celebrate.

A good 60 million Americans rely on Social Security to stay afloat financially. In fact, the National Academy of Social Insurance reports that Social Security is the sole source of income for almost 25% of retirees 65 and older, and that it constitutes the majority of retirement income for almost 65% of beneficiaries. It's no wonder, then, that so many retirees eagerly await year-to-year increases in benefits to keep up with their ever-mounting expenses. 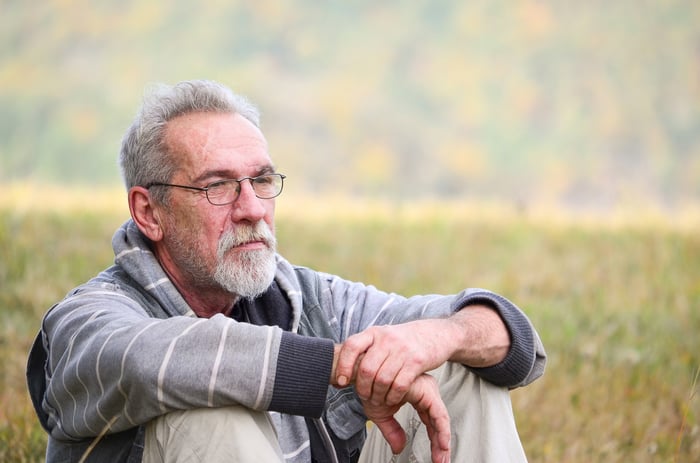 As of now, it doesn't look as if 2017's benefits increase will be much to write home about. Social Security's trustees recently released their annual report, and according to their current estimate, beneficiaries can expect a mere 0.2% increase in benefits next year. These days, the average Social Security beneficiary receives $1,341 a month in benefits. The anticipated increase would put a meager $2.68 more into the average recipient's pocket each month -- hardly enough to make a real difference. Worse yet, this measly increase would come right on the heels of 2016 -- a year that saw no rise in benefits at all. Though that 0.2% increase is, at this point, only an estimate, it doesn't bode well for those who count on Social Security as their primary financial lifeline.

Back in 1972, Congress approved automatic yearly cost-of-living adjustments (COLAs) to Social Security so that beneficiaries could retain their purchasing power in the face of inflation. The problem is that these COLAs are based on the Consumer Price Index (CPI), which measures price changes for common consumer goods and services. When the CPI shows that prices have gone up, Social Security benefits get a COLA; but when prices hold steady or go down, Social Security benefits don't budge.

Now on one hand, a minimal benefits increase might seem like a good thing for Social Security recipients who live on a fixed income. If prices aren't going up, it should, in theory, mean that they'll have an easier time keeping up with their living expenses. The problem, however, is that the CPI is heavily reliant on gasoline prices, which have dropped recently. But gasoline isn't necessarily a major expense for most retirees, and just because gas prices have gone down doesn't mean that other expenses, like housing and prescription costs, have followed suit.

Despite the fact that inflation has been relatively low in recent years, according to the Senior Citizens League, Social Security beneficiaries have lost an estimated 23% of their buying power over the past 16 years. A virtually non-existent benefits increase for 2017 could therefore spell trouble for countless retirees who are already struggling to make ends meet.

If you're among the many Americans counting on Social Security, your best bet going into 2017 is to aim to reduce your expenses to the greatest extent possible. Making one major change, like downsizing your living space, can instantly free up large chunks of money, while smaller, less drastic changes, like cutting back on restaurants and entertainment, can put extra cash back in your pocket over time. You might also consider taking on part-time work to generate some additional income. Working even 10 hours a week can give you more breathing room in your budget.

Let this be a lesson

If you're not yet collecting Social Security but are planning to retire in the next few years, consider this your friendly but serious warning to take matters into your own hands. Social Security is only supposed to replace about 40% of your pre-retirement income, and the more money you save independently, the less you'll have to rely on those benefits and stress when those yearly increases don't come through. Anyone 50 and over is eligible to make catch-up contributions to a retirement account, which means that this year, you can put up to $24,000 into a 401(k) or $6,500 into an IRA. Even if you can't max out on those contributions, any additional amount you save going into retirement will be a tremendous help once you're no longer working.

While that sad little 0.2% increase isn't set in stone, if you're currently collecting Social Security, you might as well write off a benefits boost for 2017 and instead focus on what you can do to make or save money. While it may not be the news you were looking to hear, the sooner you face reality, the better prepared you'll be for the year ahead.