Please ensure Javascript is enabled for purposes of website accessibility
Log In Help Join The Motley Fool
Free Article Join Over 1 Million Premium Members And Get More In-Depth Stock Guidance and Research
By Matthew Frankel, CFP® - Sep 4, 2016 at 6:02AM

Here are five statistics that might help put your mind at ease about Social Security.

Social Security isn't exactly broke -- not yet, anyway. Social Security is expected to run out of money in 2034, at which point a 25% benefit cut will be necessary if nothing is done to fix the funding shortfall. However, there is still time to change Social Security's destiny. Here's what you need to know about how we could fix Social Security, and what it would mean to American retirees.

1. 61% of American seniors rely on Social Security for at least half of their income in retirement

This dependence increases with age. For retirees age 80 or older, Social Security provides more than half of all income for 72% of beneficiaries, and at least 90% of income for more than four in 10.

The point is that American retirees as a group are highly reliant on Social Security. And while we can debate how we need to start doing a better job of saving for our own retirements, the fact remains that without Social Security, millions of retirees would have little or no income.

2. Social Security has more than $2.8 trillion in reserves, which are expected to run out in 2034

Don't let anyone tell you Social Security is broke. The Social Security trust fund contained nearly $3 trillion in reserves as of the end of 2015. Plus, between Social Security payroll taxes and the trust fund's interest income, the program is expected to run at a surplus every year through 2019.

After 2019, however, deficits are expected to begin, and they will continue until the trust fund is completely exhausted in 2034. Beyond that point, the incoming payroll taxes will only be enough to cover about three-fourths of promised benefits. Just to be clear, as a worst-case scenario, Social Security benefits will need to be cut by about 25%,18 years from now. However, as we saw earlier, that's a cut that millions of retirees can't afford.

3. 85% of Americans say it's important to maintain Social Security for current and future retirees.

According to a survey (link opens a PDF) by the National Academy of Social Insurance, 85% of Americans agree with the statement "Social Security benefits now are more important than ever to ensure that retirees have a dependable income." This percentage included a majority of all political affiliations, income levels, and age groups.

Additionally, 81% say they don't mind paying Social Security taxes because of the stability it provides to millions of retirees. And 72% say that we should consider increasing Social Security benefits -- including 65% of Republicans, 61% of high-income individuals, and at least 65% of every age group.

So it's fair to say the consensus is that Social Security is worth preserving.

4. By gradually increasing the payroll tax to 7.2% and eliminating the wage cap, Social Security would be financially stable for the foreseeable future

There are several different ways we could fix Social Security, and most proposals fall into one of two categories -- benefit cuts or tax increases. Across-the-board benefit cuts are so unpopular, it's safe to say they won't gain any political traction. And milder forms of benefit cuts are pretty unpopular, too. Just 35% of Americans favor increasing the retirement age by one year, and only 24% support reducing the way cost-of-living adjustments are calculated.

On the other hand, tax increases are not only widely supported, but they would also have more of an impact on the funding shortfall. Eighty-three percent of Americans are in favor of gradually increasing the payroll tax from its current 6.2% to to 7.2%, and such an increase would take care of 52% of the funding gap. Another popular change would be to gradually eliminate the earnings cap over a 10-year period, since only the first $118,500 in wage income is taxable for Social Security purposes. This move is supported by 80% of Americans and would close 74% of the funding gap all by itself. In other words, these two highly popular changes could fix Social Security without any benefit cuts or other modifications.

5. Not only would Social Security be solvent, but we could also guarantee that no retired worker would live in poverty

Notice that in the previous section, the two proposed tax changes would combine to fix significantly more than 100% of the Social Security funding shortfall -- 126% to be exact. In fact, by making these two changes, we could also raise Social Security's minimum benefit to a level where no person who paid into Social Security would retire and receive income below the poverty line. This would mean a minimum benefit of $11,880 for 30-year workers, around 20% higher than the current minimum.

And we could increase the cost-of-living-adjustment method to more accurately reflect the inflation seniors experience. For example, healthcare costs have been increasing faster than overall inflation and disproportionately affect seniors. 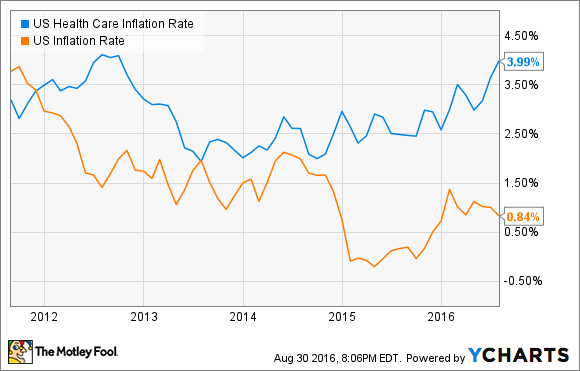 The bottom line is that the long-term prognosis for Social Security as it exists right now isn't great -- far from it. However, there is time to fix it, and the American people want to fix it and are even willing to pay more to do it, so I'm confident that something will be done. It may not be the exact combination of changes I mentioned here, but the point is that Social Security will most likely be rescued -- and without cutting benefits for a single retiree.