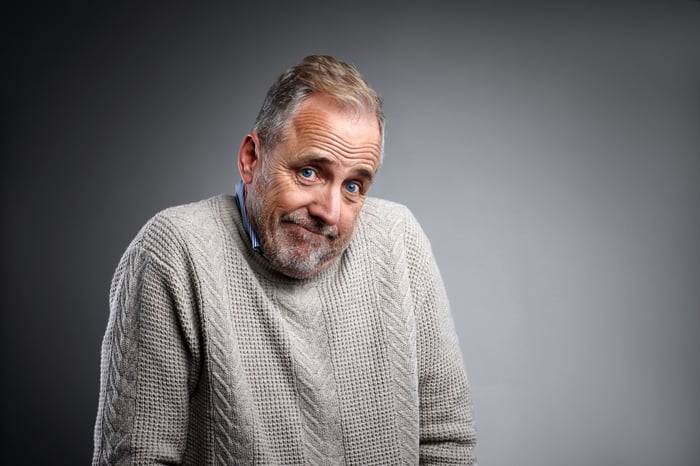 Social Security's importance for senior citizens can't be understated, with more than 40 million retired worker receiving benefits checks each month. Without monthly benefits checks, a majority of seniors could find themselves in financial trouble.

Yet most Americans don't understand the program's ins and outs very well, which is both surprising and disappointing. Here are six Social Security facts that even you're probably not aware of.

1. 61% of beneficiaries receive at least half their income from Social Security

As alluded to above, Social Security is arguably the most essential social program for seniors for one key reason: 61% of them rely on their Social Security benefits for at least half of their monthly income. This includes 48% of elderly married beneficiaries and 71% of unmarried individuals currently receiving monthly benefits. Furthermore, 33% of beneficiaries rely on the program to supply 90% or more of their monthly income, including 43% of unmarried elderly beneficiaries.

You may not have realized just how heavily seniors lean on Social Security before this data was released from the Social Security Administration (SSA), but after seeing it, it's clear why finding a solution to fix Social Security's expected cash shortfall in the year 2034 is so important. 2. Median income levels for the elderly have soared since 1962

What you may find even more interesting is that median income levels for both married and nonmarried beneficiaries have soared in the 52 years since 1962, even factoring in inflation. Based on 2014 dollars, median income for married couples has risen 143% to $54,860 in 2014, while nonmarried individuals have seen their income jump 122% to $19,656 over the same timeframe.

What's changed, you wonder? According to the aggregate earnings breakdown offered by the SSA of couples and nonmarried individuals, 13% of the income generated in 2014 was derived from private pensions, compared to just 3% in 1962. We also saw a 3% jump in earnings-based income to 32%, and a 2% jump in government employee pension income. This could help explain the huge increase in median annual income.

However, the steady reliance on Social Security can likely be explained by poor savings habits. Data from the St. Louis Federal Reserve shows that the July 2016 personal savings rate was just 5.7%, which is half of the 11.5% reported in July 1962. Less money being saved appears to be leading to a heavier reliance on Social Security during retirement.

3. 1 in 10 beneficiaries lives below the poverty line 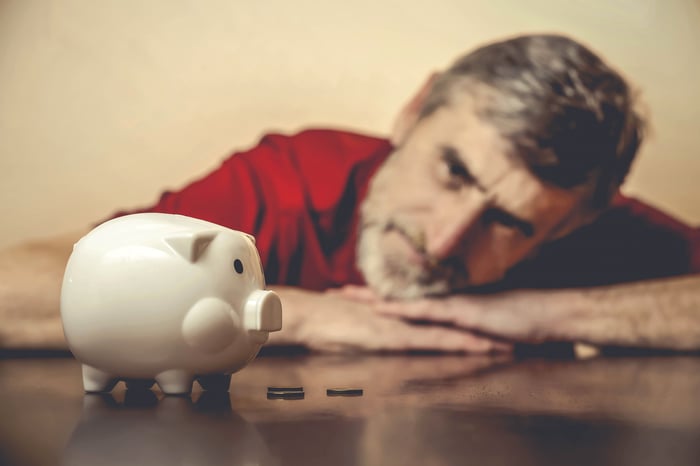 Though income levels have risen for some individuals, 10% of all beneficiaries live below the poverty line, which in 2015 was defined as $11,354 or less in annual income for an individual. For a family of two the threshold was $14,326. Nonmarried persons demonstrated a much higher propensity to live in poverty than married persons, with 12.7% of nonmarried men and 18% of nonmarried women falling under the federal poverty threshold.

An additional 5.2% of beneficiaries were declared as "near poor," or earning less than 125% of the federal poverty level. This would imply that nearly 1 in 6 of the just-over-40 million retired workers is living in poverty, or very near it. Any potential future cuts to Social Security could be absolutely devastating to these millions of individuals and couples.

4. 55% of Social Security beneficiaries are women

Social Security is important for all seniors, but it's a particularly valuable program for women -- who account for 55% of all beneficiaries -- for two reasons.

First, women tend to live longer than men by an average of five years, according to data from the Centers for Disease Control and Prevention. This means they'll usually be receiving benefit payments for a longer period of time than men.

Secondly, because the SSA's data shows that women, on average, have shorter lifetime work histories than men, their average monthly benefit tends to be lower than that of their male counterparts. As of December 2015, retired male workers were receiving an average benefits check of $1,500 per month, compared to $1,182 for women.

Now for the encouraging news. What the SSA's trends show is that the number of women dependent on their husbands' earnings record for their benefits has declined from 57% in 1960 to just 22% by 2015. Meanwhile, the number of women qualifying for dual retirement -- those paid based on both their own earnings histories and those of their husbands -- has jumped from 5% in 1960 to 26% in 2015. In other words, women in greater numbers are shaping their own benefits future, and far more women have options when it comes to maximizing their Social Security income.

5. Your Social Security benefits may be taxable

Another Social Security fact you might not be familiar with is that benefits are indeed taxable. 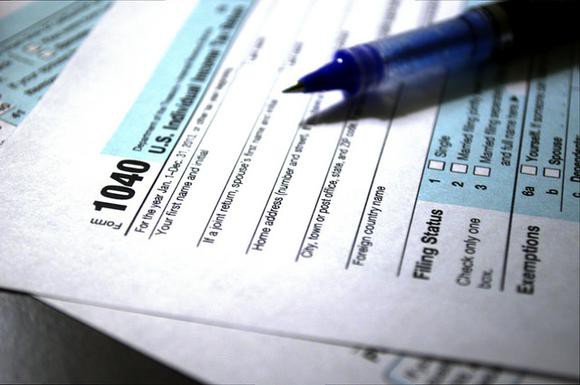 In 1983, Congress passed amendments to Social Security that allowed the IRS to tax up to 50% of Social Security benefits if an individual earned more than $25,000 in annual income, or if a couple brought home more than $32,000. This was further amended during the Clinton administration to tax up to 85% of benefits for individuals earnings above $34,000 and couples earning north of $44,000.

When first introduced in 1983, the tax was only expected to affect approximately 10% of beneficiaries. However, since the tax thresholds haven't been adjusted for inflation since they were introduced, The Senior Citizens League in 2015 estimated that 56% of Social Security recipients would owe at least some tax on their benefits. This doesn't take into account that 13 states also tax Social Security benefits to various extents.

Last, but not least, we have what could be the greatest Social Security myth of all: that the program is on its way toward bankruptcy.

As noted above, the 2016 Social Security Board of Trustees report does anticipate the program will exhaust its $2.8 trillion-plus in existing spare cash by the year 2034. However, exhausting this cash doesn't mean the program goes bankrupt. What would change is that Social Security would become a budget-neutral program, meaning it would pay out in benefits what is received via payroll taxes. The Trustees anticipate this could lead to a 21% reduction in benefits across the board. Mind you, a 21% cut to benefits isn't exactly something to cheer for. However, a 21% cut in benefits is a far cry from the program going bankrupt and not being there for you when you retire.