Are you worried about Social Security? You're not alone.

Millions of Americans rely on Social Security to stay afloat financially in retirement -- perhaps more than they should. An estimated 25% of seniors 65 and older currently depend on Social Security as their only form of retirement income, and the program supplies the majority of retirement income to as many as 65% of present beneficiaries. But while today's seniors may have the luxury of collecting their benefits in full, at least for the time being, those eligible for benefits in the future may not be as lucky. 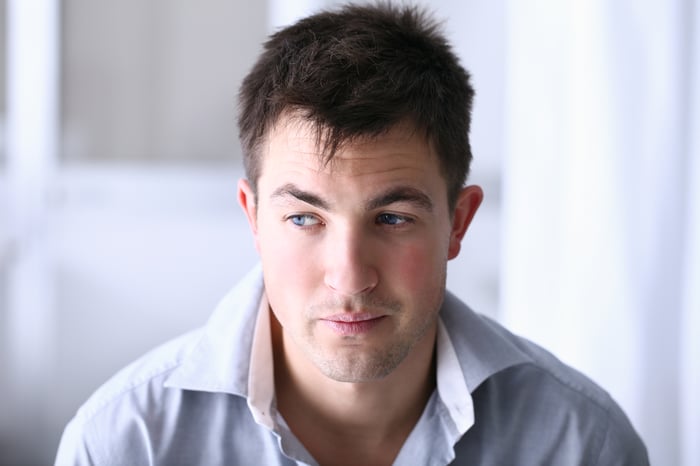 For better or worse, working Americans are starting to accept the fact that Social Security may not be the same down the line. According to the latest Transamerica retirement survey, 77% of workers are worried that Social Security won't be available to them when it's their turn to retire. The question is: Are they right?

Will Social Security really go away?

Let's get one thing straight: Even in a worst-case scenario, future Social Security recipients might see a significant reduction in benefits once it's their turn to collect. But the program is by no means going away in its entirety, at least not as of now. According to the Social Security Board of Trustees' latest report, the program's trust fund is set to run out in 2034. But that doesn't mean the entire program will run out of money.

Social Security is a pay-as-you-go system. Workers are taxed on their incomes, and that money is used to pay beneficiaries. In recent years, more Americans have been retiring than entering the workforce, and if this trend continues as expected, pretty soon the amount collected in Social Security taxes won't suffice in keeping up with retiree benefits. That's why the trust fund exists.

For years, there was more money coming into Social Security than there was coming out, so that money was used to establish the program's trust fund. When taxes alone can't support benefits, the trust fund can be tapped to pick up the slack. According to current projections, starting in 2019, Social Security will need to fall back on the trust fund to keep up with benefits until the fund runs out of money in 2034.

Once that happens, benefits will likely need to be cut unless we come up with another plan for increasing Social Security funding. Still, current projections tell us that future beneficiaries should expect to see about 75% of their benefits, even if the trust fund is completely depleted.

Relying too heavily on Social Security

Even if Social Security does continue to exist in its present form, it's imperative that Americans take steps to save independently for retirement. Contrary to what so many are led to believe, Social Security isn't, and was never, designed to serve as a retiree's sole source of income. In fact, for the average American, Social Security can only replace roughly 40% of pre-retirement income.

Most of us, however, need a minimum of 70% of what we previously earned to keep up with living expenses in retirement. Those who expect to travel, or have costly health issues to consider, probably need even more. Relying too heavily on Social Security is an easy way to set yourself up for failure.

Thankfully, younger Americans are finally getting wise to that very fact. According to the latest out of Transamerica, only 17% of millennials expect Social Security to be their primary source of retirement income. Baby boomers, by contrast, are counting on the program way too much, with as many as 34% anticipating that Social Security will provide all the income they need once they stop working.

Forget those benefits -- for now

No matter what the future holds for Social Security, your best strategy actually is to assume the worst -- that it won't be around in a significant fashion once you retire. From there, you should take retirement savings into your own hands, socking away as much as you can as early on as you can.

Remember, there's a good chance you'll see some sort of income out of Social Security 10, 20, or 30 years down the line. But no matter how big that benefit check ends up being, there's a good chance it still won't be enough to fund a comfortable retirement. You're much better off forgetting about Social Security and being pleasantly surprised if your benefits come in higher than expected.