Generation Xers have it tough. Caught in a perpetual juggling act of raising children, building careers, and caring for aging parents, Gen Xers (roughly late 30- and 40-somethings) face challenges that extend far beyond the realm of personal finance. But while some Gen Xers are doing a good job of saving for retirement, others are slipping up big-time. According to Transamerica's latest retirement survey, only 77% of Gen Xers are saving for retirement, which means almost a quarter are neglecting to put money aside for the future. 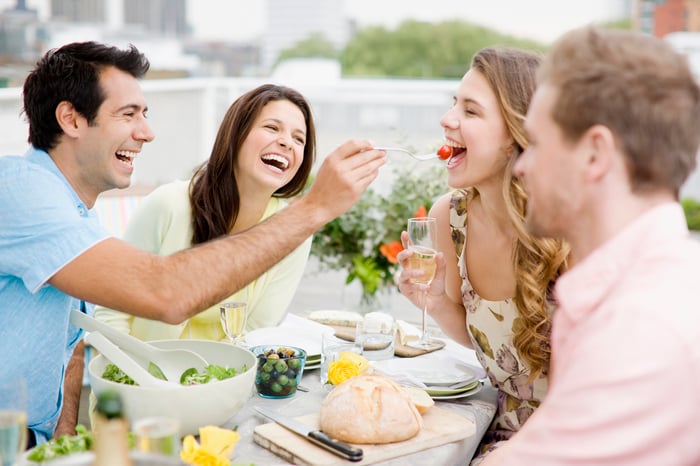 Worse yet, Gen Xers are starting too late and aren't saving enough. Despite the fact that this is really the first generation to have access to 401(k) plans for most of their careers, the median age to start saving among Gen Xers is 28 and the median savings amount is just 7% of their salaries. Not only that, but 30% of Gen Xers who do save admit to taking a loan or early withdrawal from a retirement account to cover unexpected expenses. All of this data tells us one thing: If Gen Xers don't start prioritizing better, they're going to come up short several decades down the line. Consider yourselves warned.

So why aren't Gen Xers starting earlier and saving more for retirement? For many, it's a matter of taking on too many expenses and not having enough emergency savings on hand. The median amount of emergency cash among Gen Xers is $5,000 -- hardly enough to cover three to six months of living expenses, which is what most emergency funds should have. Furthermore, almost a quarter of Gen Xers haven't even hit the $1,000-mark in emergency savings, making them more likely to tap their limited retirement funds when the expected strikes.

While many Gen Xers are saving something for retirement, most agree that it's not enough. Despite their efforts, only 12% of Gen Xers feel confident that they'll manage to retire in comfort. Additionally, 86% worry that Social Security won't be available when it's their turn to collect benefits. And while the program won't be going away completely even in a worst-case scenario, future beneficiaries may see a significant reduction in benefits if Congress doesn't find a way to save Social Security as we know it. It's for these reasons that Gen Xers need to work on ramping up their retirement savings and leaving those savings alone -- before it's too late.

The good news for Gen Xers is that most still have a solid 20 years left in the workforce, which means there's time to make up for bad habits. Though the majority of today's Gen Xers are too young to take advantage of catch-up retirement contributions, the standard annual limits for 401(k) plans and IRAs -- $18,000 and $5,500, respectively -- allow for a world of savings opportunities.

Let's say you're a 45-year-old employee earning $100,000 a year and you want to retire at 65. Let's also assume that your salary goes up 3% a year, you contribute 7% of your salary (the median among Gen Xers) to a retirement plan, and your investments earn you an average annual 8% return (which is attainable with a stock-centric portfolio). What this means is that in 20 years, you'll have an additional $415,000 saved for retirement -- not too shabby. But watch what happens if you bump up your contributions to 10% of your salary each year. Instead of retiring with an extra $415,000, you'll have $594,000 -- almost $180,000 more. Taking the above assumptions into account, the following table shows roughly how much money you can accumulate by saving more of your salary each year:

Of course, going from saving 7% of your salary to saving 17% probably can't happen overnight. But if you slowly work to ramp up your contributions over time, every little bit will help.

Another thing: Do not commit the cardinal sin of withdrawing money from a 401(k) or IRA before retirement. Not only will you most likely incur penalties and fees, but you'll also stunt your savings efforts to the point where you might never recover. When you take money out of a retirement account, you're not just lowering your balance, you're also preventing the amount withdrawn from growing into a larger sum over time, and that's something that could ultimately come back to bite you.

While it might seem like most Gen Xers have some catching-up to do retirement-wise, the key is to not lose hope. If you commit to saving more and leaving that money untouched, you stand a good chance of retiring on time and achieving your long-term goals.