The quick answer: You can. But it’s not that simple.

No matter how long you've been working, it's easy to get caught off guard if you suddenly find yourself out of a job. But becoming unemployed can be especially tough on older workers. According to research out of Boston College, unemployed workers who are 55 and over are less likely to find new jobs than unemployed younger workers.

The good news is there are a couple of programs in place to help older Americans stay afloat financially following the loss of a job. The first, unemployment insurance, is available to workers of all ages who meet the program's criteria. The second, Social Security, is limited to those who are 62 and older. And if you're eligible for both options, here's some good news: You can collect Social Security and unemployment at the same time. Whether you should, however, is another story, especially since you may come to find that one benefit reduces the other. 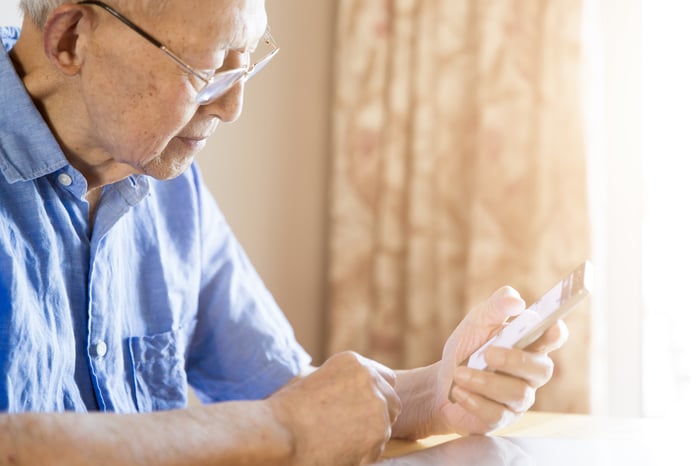 If you lose a job through no fault of your own, as opposed to being fired for cause, and meet the program's other eligibility requirements, you can collect unemployment benefits for a fixed period of time -- currently 26 weeks, though this can change based on economic conditions and other factors. While your benefit amount will depend on how much money you were earning, each state has a weekly maximum it will give beneficiaries.

Most people who receive unemployment benefits find that they aren't enough to stay afloat financially. If you're 62 or older and on unemployment, you may be tempted to start collecting Social Security benefits. And technically speaking, you're allowed to do that.

The way unemployment works in those states is that the income you receive while collecting benefits is used to reduce those benefits. In some states, part-time income will actually reduce your benefits dollar for dollar so that if you'd normally be eligible for $400 a week but go out, work, and earn $100, you'll only wind up with $300 in unemployment benefits. This is why claiming Social Security may not be all that advantageous while you're on unemployment.

Don't be so quick to claim Social Security

If you're old enough to collect Social Security and suddenly find yourself out of work, here's another reason to hold off on claiming your benefits: Unless you've reached your full retirement age (which for most current older workers is either 66 or 67), you'll take a hit by jumping the gun. For every year you claim Social Security early, your benefits will be reduced by 6.67% for up to 36 months, and then 5% past that point. So if you claim Social Security at 62 when your full retirement age isn't until 67, you'll end up losing 25% of your benefits. Worse yet, that reduction will carry through for the rest of your life.

If your unemployment benefits aren't enough to cover your living costs, you have a few options other than Social Security. First, if you have an emergency fund, you can dip into your savings to tide yourself over until a new job opportunity comes your way. After all, that's what it's there for. Secondly, if you're old enough to be eligible for Social Security, it means you're also old enough to withdraw money from a retirement account like a 401(k) or IRA without penalty.

While tapping into a retirement account early may not be ideal, it often makes more financial sense than claiming Social Security early. Most near-retirees aren't investing as aggressively as they may have in their earlier years. What this means is that because your money is probably in safer investments, it's likely not growing at the rate it once did. Claiming Social Security early will result in a 6.67% yearly reduction in benefits, at least initially, so unless your personal investments are earning that much or more, you might as well withdraw from your savings for the time being and leave your Social Security benefits untouched.

Remember, you can collect Social Security and unemployment at the same time, but whether you want to go that route is a different story altogether. Just know this: While there are plenty of good reasons to hold off on Social Security, you should always file for unemployment benefits as soon as you're laid off. You're entitled to those benefits no matter your age, so you might as well claim them.