If you run a small business or are self-employed and don't have access to a 401(k), you might be considering an individual retirement plan, or IRA. While there are several versions to choose from, including the Roth and SEP IRA, you'll get some of the best tax benefits from a traditional or SIMPLE IRA, which is an IRA designed for small businesses. Let's review the difference between these two retirement plan options so you can see which is best for you. 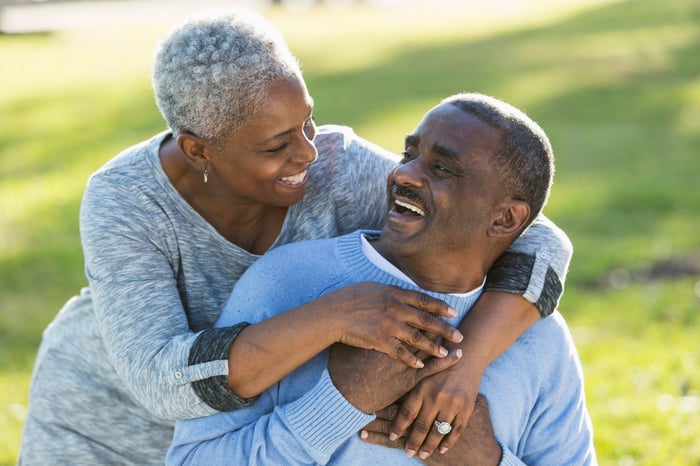 A traditional IRA lets you put pre-tax money into an account earmarked for retirement. While you will pay taxes on your withdrawals in retirement, you'll get an up-front tax break when you contribute money to your account. Once funded, you can invest your IRA in the hopes of letting your money grow over time.

Once that money is in your IRA, you can't touch it until you reach age 59 and a half. Otherwise, you'll incur a 10% early withdrawal penalty. There are some exceptions, though. For example, you can take money out of an IRA early to pay for qualified higher education expenses for yourself, a spouse, or a child. You can also withdraw up to $10,000 penalty-free for the purpose of buying a first-time home.

With a traditional IRA, you're required to start taking minimum distributions from your account once you reach age 70 and a half. Failing to do so could result in a 50% penalty on the amount you should've withdrawn.

SIMPLE (Savings Incentive Match Plan for Employees) IRAs are similar to traditional IRAs in many regards, but while traditional IRAs are geared toward anyone looking to save for retirement, SIMPLE IRAs are designed for small business owners and those who are self-employed.

Like a traditional IRA, SIMPLE IRA contributions go in tax-free, which means you get a tax break when you put money in but pay taxes on withdrawals in retirement. Once that money is in your account, you can invest it as you see fit. If you take withdrawals from your SIMPLE IRA before you reach age 59 and a half, you'll incur a penalty unless you qualify for an exception, such as using that money to buy a home or pay for college. Furthermore, you'll need to take required minimum distributions starting at age 70 and a half.

One key difference between a traditional IRA and a SIMPLE IRA is the annual contribution limit. Currently, the limit for SIMPLE IRAs is much higher. For 2016, you can contribute up to $12,500 per year to a SIMPLE IRA. If you're 50 or older, you're allowed a $3,000 catch-up contribution for a total of $15,500 per year.

Which retirement plan should you choose?

If you're self-employed or own a small business, there are benefits to opening a SIMPLE IRA -- namely, the fact that you're allowed a much higher annual contribution limit, which can offer a higher up-front tax break while providing an even greater opportunity to sock away money for retirement. Another interesting aspect of the SIMPLE IRA is that if you're self-employed, you can contribute as both the employee and the employer.

While there are a few notable differences between traditional and SIMPLE IRAs, at the end of the day, both are effective retirement savings tools that offer tax breaks along the way. No matter which option you ultimately choose, the earlier you start contributing, the greater your chances of accumulating a sizable savings balance in time for retirement.