Recognizing that Social Security reform has derailed Republican candidates in the past, Donald Trump took a third-rail approach to discussing Social Security on the campaign trail. Now that Trump is the next president of the United States, however, he may have to become more vocal about his plans for the important safety net for retirees. Congress is firmly in the hands of Republicans who have previously recommended big changes to Social Security, so it's likely that at least some of those proposals will make their way to the Oval Office. Let's take a closer look at what could be on tap for Social Security over the next four years.

Social Security is designed to replace roughly 40% of the average retiree's pre-retirement paycheck, but tens of millions of retiring baby boomers are straining Social Security's balance sheet, and that's got Washington predicting that Social Security's reserves will run dry in 2034.

Since Social Security is the primary source of income for millions of Americans, Republicans have advocated for legislation that could put the program on solid financial ground. They've proposed a number of potential solutions, but perhaps the most contentious of them is privatizing some, or all, of Social Security.

In 2010, Speaker of the House Paul Ryan's privatization plan called for Americans to shift one-third of their Social Security taxes into private investment accounts, and in 2004, Ryan co-sponsored a proposal with John Sununu to require Americans to buy an annuity upon retirement that invests in stocks and bonds. In both instances, the privatization argument failed to gain bipartisan support, but that doesn't mean some variation of privatization is no longer on the table.

Other Republican proposals are less transformative. A range of possible solutions were debated during the presidential primary race, including raising the full retirement age to 70 from 66, and means testing Social Security payments to reduce payments to wealthy Americans.

Some Republican candidates, including Trump advisor Chris Christie, also suggested changing the formula used to calculate future Social Security benefits. Currently, benefit adjustments are tied to the Consumer Price Index; However, changing that formula to the slower-growing chained-CPI index could reduce the increase in payments over time, thereby stretching Social Security's solvency beyond 2034. 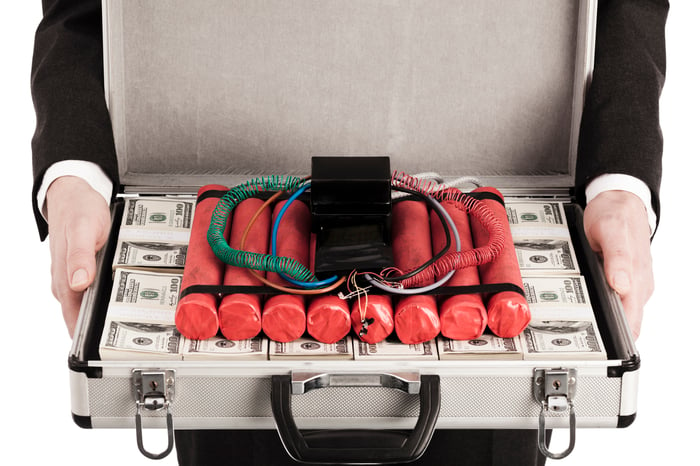 Social Security's insolvency risk suggests that despite the unsavory nature of tackling Social Security reform, it must be done sooner rather than later.

In 2015 alone, Social Security payroll tax revenue totaled $679.5 billion, but Social Security paid out $743 billion to recipients. That's an unsustainable trend that isn't stopping anytime soon. Given the program's $11.4 trillion in unfunded obligations over the next 75 years, Social Security is on a bankruptcy trajectory course, and absent reform, there's a real risk that the Social Security checks that half of single seniors rely on for 90% of their monthly income will disappear.

In 2017, Social Security taxes of 12.4% will be applied to workers' earnings up to $127,200. Thus, if wages rise because of improving economic activity, then annual tax revenue will also increase, and if the increase is big enough, then a significant amount of the shortfall could be eliminated.

This approach is tremendously attractive in theory, because it means no changes need to be made to Social Security; however, in reality, any number of unforeseen circumstances could derail economic and wage growth and therefore negatively affect tax revenue.

If Congress sends Social Security reform to Trump's desk, he may veto it, or approve it. We simply don't know, because Trump hasn't backed any specific proposal. What we can guess is that Trump won't support the Democrats' plan to prop up Social Security by increasing the income tax limit beyond $127,200. Hillary Clinton and Bernie Sanders both proposed changes that would have resulted in having the payroll tax apply to higher-income earners, but Trump's anti-tax stance makes adopting that plan unlikely.